U.S. P-3 Orion aircraft and the USS Ramage (DDG 61) arrived on scene and were assisting the on-scene commander from (UNIFIL). 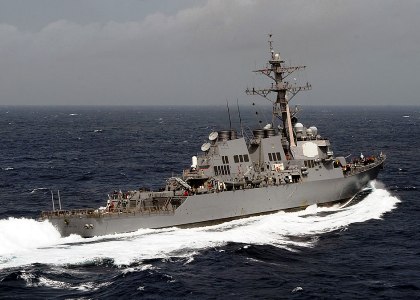