Lebanese President Michel Suleiman held a press conference following Monday’s crash of an Ethiopian airliner. He ruled out the possibility of sabotage and called on people to wait for the investigation results to find out more.

The plane had 90 passengers and crew on board , including 54 Lebanese, and went down just after takeoff from Beirut around 2:30 a.m. local time.

Defense Minister Elias al-Murr and Lebanese Army Commander Jean Kahwaji who attended the press conference briefed the president on the details of the search and rescue mission.

Suleiman said that a Lebanese committee was formed to investigate the crash, adding that French experts are also helping.

“This is a tragedy for the people and the government, and our hearts go out to the relatives of the victims,” Suleiman said 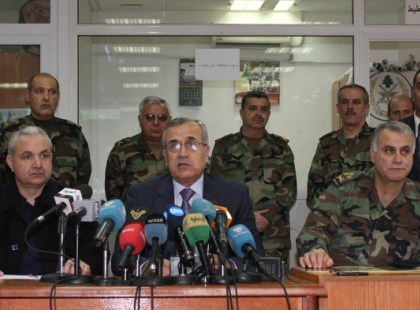