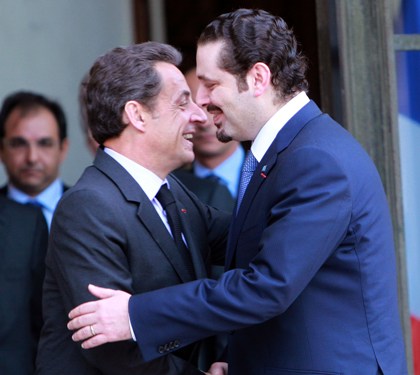 – The French president expressed his country’s willingness to aid the army and Internal Security Forces with light and heavy equipment.

– Sarkozy expressed his full support for the Special Tribunal for Lebanon and for achieving justice.

– Credited France for the role it played in improving the Lebanese-Syrian relations, and said what concerns us is a state-to-state relation which benefits both people.

– France wants to hold a peace conference in Paris and that he encouraged Sarkozy about this “because we can’t remain where we are now and because the whole region needs peace.”

France was reportedly worried that providing the Lebanese army with weapons, including missiles for the Gazelle helicopters, could end up in Hezbollah hands. This is exactly the same concern the US has and that is why the US has been very reluctant to provide the army with sophisticated weapons.

French Foreign Minister Bernard Kouchner has reportedly told the Lebanese delegation that Hezbollah and not Israel is the main danger for Lebanon and that the concerns in Lebanon over an Israeli attack are unjustified .

“Israel is our friend, and if there was a threat to Lebanon, it will only come from a military adventure carried out by Hezbollah in the best interest of Iran,” Kouchner warned.