Hariri , who is being accompanied by his senior finance adviser, Mohammad Shatah, his media adviser, Hani Hammoud, his chief of staff, Nader Hariri, and former MP Bassem al-Sabeh, is  in the UAE on a two-day official visit. He is scheduled to travel to Paris on Wednesday for talks with top French officials. WAM 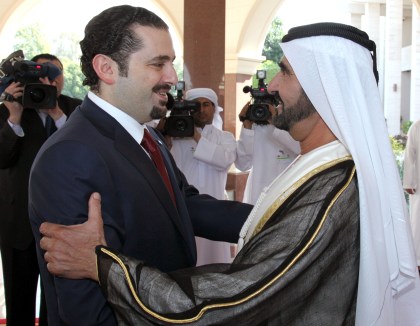