by yalibnan
685
The announcement yesterday by Fatah-Intifada leader Abou Moussa that he refuses to disarm his Palestinian militants outside refugee camps in Lebanon caused outrage .
Share: 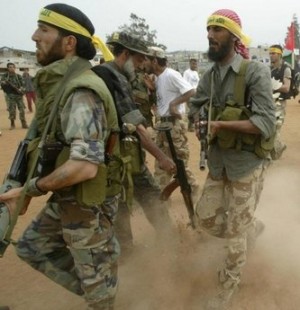 The announcement yesterday by Fatah-Intifada leader Abou Moussa that he refuses to disarm his Palestinian militants outside refugee camps in Lebanon caused outrage .

The Lebanese cabinet will reportedly be discussing this issue during its Tuesday’s meeting.

Ministerial sources told Al-Hayat newspaper that Abou Moussa’s position “is a challenge to the Lebanese government and the national dialogue.”

Moussa said after a visit to Sidon Municipality head Abdel Rahman al-Bizri , in response to a question: ” Even if Syria sends a signal to Prime Minister Saad Hariri to disarm the militants outside refugee camps, we will not disarm” . He added “we are allies of Syria but we make our own decisions.”

Any “decision on Palestinian arms in Lebanon is an internal Palestinian decision that has nothing to do with any other party.” Moussa added

The Phalange Party which is headed by former president Amin Gemayel warned in a statement against “the dangers of staying silent regarding this old-new approach which contradicts with the latest ministerial Policy Statement and the resolutions of the national dialogue committee which voted unanimously on disarming (Palestinian factions) outside the camps.”

The statement added :The latest stances by Fatah-Intifada leader contradict with “the positive atmospheres which prevailed in parallel with the visit of PM Saad Hariri to the Syrian capital … after the (Syrian-Lebanese) dialogue tackled the fate of these Palestinian weapons.”

Palestinian mainstream Fatah spokesman Aboul Ainain told Future TV :” Abou Moussa wanted to return to life after losing it since 1983, and his talk is a disservice to Syria, especially after Hariri’s visit ”

Former MP Samir Franjiyeh told Future TV : Abou Moussa confirmed the fears of the Lebanese about the Palestinian arms outside the camps”

Abou Moussa reportedly led the PLO units that perpetrated the Damour Massacre on 20 January 1976 during the Lebanese Civil War.

Originally part of the mainstream Fatah , Fatah al-Intifada broke away from the organization in 1983.