Lebanese Prime Minister Saad Hariri arrived in Abu Dhabi as part of his two-day official visit to the United Arab Emirates, where he is expected to meet with his counterpart, Sheikh Mohammad bin Rashed al-Maktoum, UAE PM and ruler of the emirate of Dubai and Sheikh Khalifa Bin Zayed a -Nahyan , president of the UAE.

Before traveling to the UAE, Hariri visited the Catholic Archbishopric of Beirut and extended condolences to the family of Hassib Sabbagh.

Sabbagh, who established the Consolidated Contractors Company (CCC), died on Tuesday after a long illness. 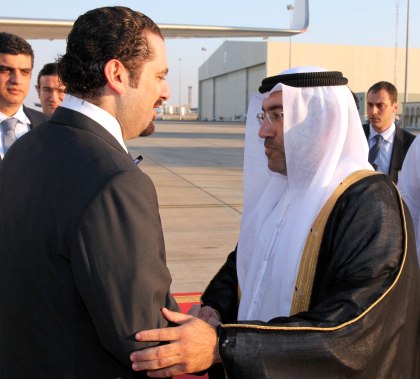