Hamas: If Gaza is attacked,will turn Israel into a cemetery

Hamas leader Khaled Mashaal commented Friday about the wall  that Egypt is constructing along its border with  Gaza Strip : “Walls are built between enemies, not between brothers.”He made the statement  after  his  meetings  with Lebanese President Michel Suleiman and Prime Minister Saad Hariri. Mashaal warned Israel against further strikes on the Gaza Strip  saying, Gaza will not be defeated, and will  instead turn Israel  into a “cemetery ” .The  Hamas leader   called on Palestinian Authority President Mahmoud Abbas to restart reconciliation talks between rival Palestinian factions. Hamas and Fatah must “turn over a new page,” he said. 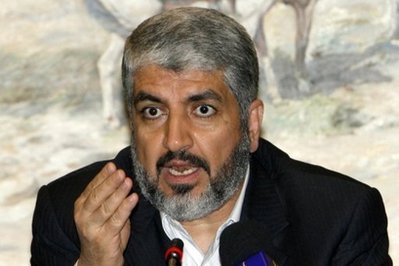