Iran and Yemen’s war against Houthi rebels along Saudi Arabia’s border dominated talks between Syrian President Bashar al-Assad and Saudi Arabia’s King Abdullah Bin Abdul Aziz Wednesday, officials said. Al-Assad’s visit was the latest sign of a thaw in relations between the two countries, but the Syrian president had to walk a fine line in mending fences with Saudi Arabia while maintaining his alliance with Iran.

“Syria supports the unity of Yemen, without any dictates or interference,” al-Assad said, according to a Saudi official at the meeting, who added that the two discussed the conflict in detail.DPA 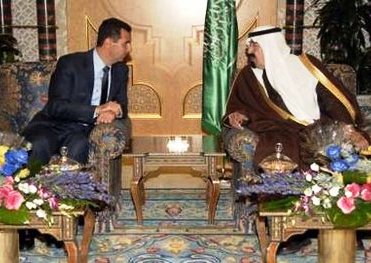