by Ghassan Karam
969
By Ghassan Karam The US House of Representatives cast 395 votes if favour of HR2278, the “TV terrorist” bill, with only 3 votes in opposition and 36 Present/Not voting. Such a rapid passage is in all likelihood a testimony to the power of AIPAC, the Israeli lobby.
Share: 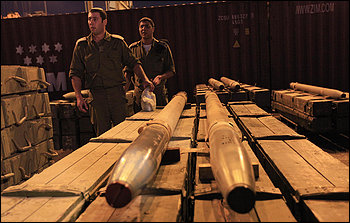 The US House of Representatives cast 395 votes if favour of HR2278, the “TV terrorist” bill, with only 3 votes in opposition and 36 Present/Not voting. Such a rapid passage is in all likelihood a testimony to the power of AIPAC, the Israeli lobby. The Bill will have to go to the Senate where Senator Kerry is expected to hold hearings and then both versions will have to be reconciled before President Obama will have to sign it into law. Many a bill has passed the House and never made it out of a Senate Committee and so the fate of this bill is not a certainty yet.

The bill , in its present form, proposes that the US “designate as a Specially Designated Global terrorist any satellite provider in the Middle East that knowingly and willingly contracts with entities designated as SDGT under Executive Order 13224”. The bill goes on to say that US assistance to various governments should take into account state sponsored anti-American incitement to violence.

HR 2278 explicitly names Al Manar, the voice of Hezbollah, and AlAqsa the Hamas run TV station in Gaza as its primary targets. The US; among a few other countries; lists both organization as terrorist groups.  That is one reason why passing HR 2278 was quick and overwhelming. It is viewed as natural that the voice of a terrorist organization should also be condemned as much as the organization that it represents. To call Hezbollah a terrorist group and not to object to its media outlets will be farcical. If President Suleiman, Speaker Beri and others do not like the proposed US law then they should confront its root cause and stop hiding behind weak arguments about freedom of the press. If Hezbollah wants to be delisted from the US terrorist group listing then may I suggest that they stop calling at every opportunity for “The Death to America” the great Satan. It will also be a positive step if they will disarm their militia that has been used time and again to establish a Hezbollah-land within Lebanon and that is often used to intimidate since all other militias have been disarmed years ago.

Inspite of all the evidence against Hezbollah and inspite of the fact that it has been listed as a terrorist organization since 2002 Mr. Beri chooses to complain about the US measure on the grounds that it will hurt the Lebanese image as the guardian of press freedom. Mr. Beri can be excused if he thinks that Lebanon has a freer press than its neighbours, since Lebanon is the freest in the region excluding Kuwait and Israel. Alas someone should have informed the Speaker that no Arab country is listed with a free press. Freedom House ranks only two Arab states with a partial free press, Kuwait and Lebanon. Lebanon ranks unfortunately as 126th in the world with a score of 55.

Those who live in glass houses do not throw stones. Before we proclaim Lebanon as a “Hyde Park” in the words of Mr. Beri maybe he should have raised his voice when the Lebanese government banned the films Da Vinci Code and Persepolis just to name two. Or maybe he should have objected to the ban on the film HELP, a Lebanese produced film. I wish that the speaker would use his influence to remove censure on magazines just because they run a story about WWII Jewry. And obviously and before anything else I wish that the President, the Speaker and all the members of the government will show some respect to the freedom of expression if they are to ask others to reciprocate. Where was Mr. Beri when Murr TV was banned for three years without a cause?  To object to the passage of a law is one thing but to complain against the law by citing practices that are well entrenched in the culture of the complainant is another.