McCain is accompanied by a US congressional delegation  consisting of Senators John Barrasso and John Thune.

McCain  is expected to discuss  current developments in the region, especially in terms of Arab-Israeli conflict and the stalled peace negotiations.

According to An Nahar ,  U.S. Special Envoy for Middle East Peace George Mitchell  will be back in the region for talks with the leaders of Lebanon, Syria, Israel, Jordan, Egypt, Saudi Arabia, and the Palestinian authority to revive the peace process. 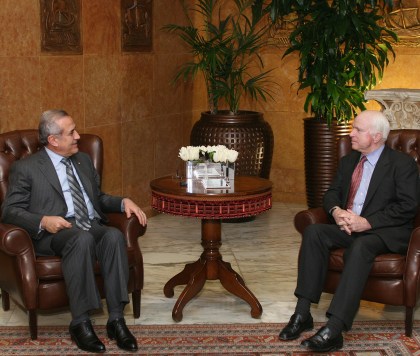