Suleiman is proud of 2009 accomplishments

Suleiman proudly recognized the 2009 accomplishments at all levels in the government – political, security, diplomatic and economic.

Earlier he told As-Safir newspaper “Who would have imagined … that we will emerge from our national crisis?”

Suleiman said the time has come to move toward institution-building and reform.

He said reform will begin with administrative appointments. 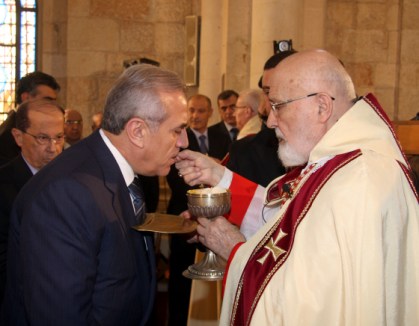