Jumblatt: There is no longer big and small in this country

Jumblatt refused to talk politics following the end of the meeting with Sfeir but when he was asked whether he was planning to stay to attend a meeting between Sfeir and Lebanese President Michel Suleiman, Jumblatt said jokingly: “I will leave before the big guys show up because when the big guys show up the little ones leave.” He then added: “There is no longer big and small in this country.” 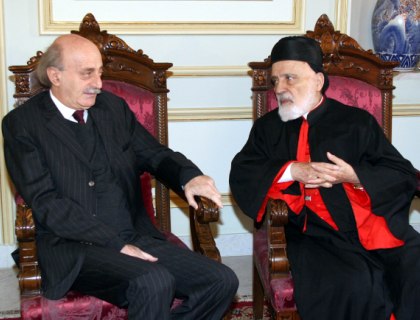