Iranian soldiers have crossed into Iraqi territory and taken up position at a southern oilfield whose ownership is disputed by Iran, an Iraqi official said on Friday. Deputy Interior Minister Ahmed Ali al-Khafaji, reversing statements made earlier in the day, said the incursion on Friday was the latest in a series this week.

“At 3:30 this afternoon, 11 Iranian (soldiers) infiltrated the Iran-Iraq border and took control of the oil well. They raised the Iranian flag, and they are still there until this moment,” he told Reuters.

He said the Iraqi government had taken no military action but stressed it would seek a measured, diplomatic response to the situation. “We are awaiting orders from our leader.”

the oil oil is believed to be in the Fauqa Field near the border with Iran. Reters 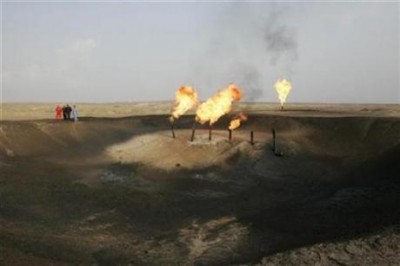