Israeli PM wants US to fight Iran with Twitter

Israeli Prime Minister Benjamin Netanyahu on Monday told the United States to use Twitter and other social networking sites to fight against the leadership of Iran.

“Using the Internet and Twitter against the Iranian regime is something extraordinary that the United States can do,” he said.

Twitter was a favourite media for Iranian demonstrators who had joined opposition protests against the June re-election of Iranian President Mahmoud Ahmadinejad, claiming the vote was fraudulent. 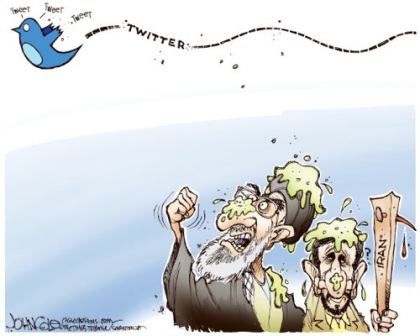