clashed with thousands of protesters shouting “death to the dictator” outside Tehran University on Monday, beating them with batons and firing tear gas on a day of nationwide student demonstrations, witnesses said.

The rallies were the largest in months, bringing tens of thousands out on more than a dozen campuses around the country and in several major squares in Tehran as university students – a bedrock of support for the pro-reform movement – energized the opposition. Source: NY Post 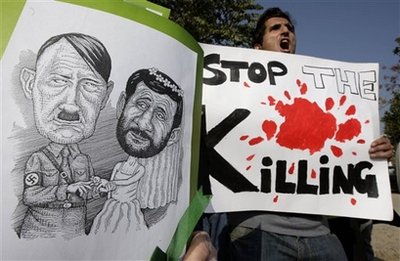