The Cost of Indecisiveness

by yalibnan
699
By Ghassan Karam Many have often sung the praises of "going with the flow" and "putting off until tomorrow what can be done today".
Share: 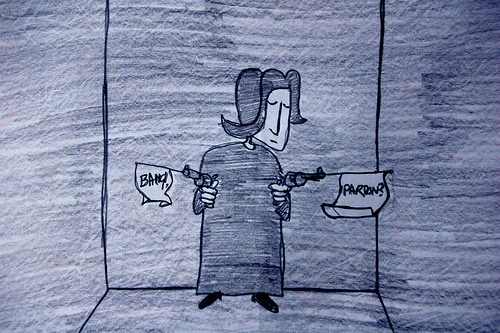 Many have often sung the praises of “going with the flow” and “putting off until tomorrow what can be done today”. No doubt the great pull of such exhortations is very tempting. Why bother and take a stand or do a task when one can postpone the pain until another day? This is what utilitarianism is all about isn’t it? Humans are supposed to be pleasure seekers and thus humans are acting rationally when they postpone the acquisition of a disutility as long as possible. No rational person will volunteer to pay say $10,000.00 one year before its due if for nothing else but to avoid the substantial opportunity coast that would be attached to such an irrational act.

Unfortunately there are circumstances when the above “logic” should be avoided at any cost. I am not suggesting that one should never postpone any task but I am simply saying that whether to postpone or not to postpone must ultimately be determined on the basis of a cost benefit analysis. Decisions may be profitably put off whenever the benefits derived from the delay are greater than the possible associated costs. Obviously if the reverse is true and the benefits derived from the equivocation are less than the potential cost of the indecision then a delay will be too costly.

The majority of the parliamentary bloc in Lebanon ; March 14; has had to deal with such a situation. They could not resist the appeal of compromise ; which was in reality appeasement in disguise; guided by the principle that no tough decisions need to be made today since time is on their side. That attitude was best exemplified on November 6, 2009 by Marwan Hamadeh who explained that “dialogue is preferable to arms”. No one doubts this but Mr. Hamadeh and March 14 used a faulty logic to justify their inability to lead and take decisive action. Their seminal mistake was not in favouring dialogue over arms and destruction but in presenting the use of arms as being the only alternative to civilized dialogue. To them inaction was appropriate because it avoids the debilitating cost and sufferings associated with civil strife. But what if civil strife was to be avoided? Then all their calculations would turn out to be faulty.

It is crucially important to understand the dynamics of what transpired in Lebanon over the past five months in order to learn from this sad experience. An in depth analysis would make it abundantly clear that the plan of the opposition; led by Hezbollah and put into action by the FPM; was not to gain a specific portfolio or even a specific minister. The aim all along, since the occupation of downtown Beirut, the walk out of the opposition ministers from the cabinet and the demand for a veto power has been the transformation of the tradition that has been in use during the process of cabinet formation. The dye has been cast, thanks to the inability of March 14 in general and Sa’ad Hariri in particular to understand the real implications of this indecisiveness. From here on the Lebanese cabinets are to be formed according to the newly established principle; each parliamentary bloc will be represented in the executive branch of government according to its share of parliamentary seats. Goodbye democracy and welcome to the unworkable hybrid where many will be and not be at the same time. They will function as opposition and yet change their fedoras , whenever it suits them to become part of the government that they oppose. Thank you March 14, for driving in the final nail into the coffin of the Cedar revolution and the aspirations that it gave rise to.