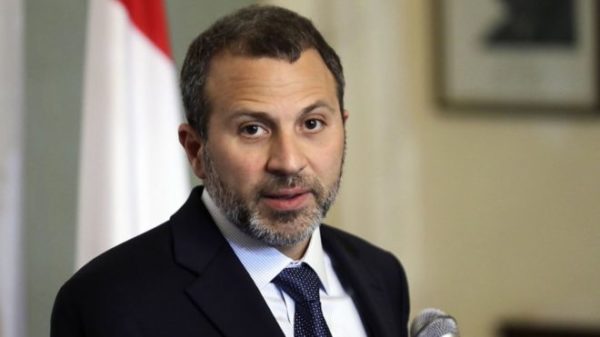 Foreign Minisrer Jebran Bassil  was blasted for  speaking out of turn  about Syria at Arab Summit  .

At the summit in Cairo  he called for ending the suspension of Syria’s membership of the Arab League.

Prime Minister Saad Hariri’s adviser Nadim al-Munla told al-Jadeed TV that Bassil’s remarks had not been coordinated with the premier and “do not reflect Lebanon’s stance.”

Hariri’s press office later issued a statement emphasizing “Lebanon’s commitment to the requirements of Arab consensus regarding the Syrian crisis, most recently of which the statement issued by the latest meeting in Cairo.”

“The Government’s ministerial statement did not tackle the issue of Syria’s return to the Arab League, while reaffirming adherence to the disassociation policy and non-interference in the Arab affairs,” the statement added.

“The Government’s stance on the recent military developments on the Turkish-Syrian border is expressed in the statement issued by the Ministry of Foreign Affairs and not in any other stances,” it said.

“Instead of calling for Syria’s return to the Arab League, we should demand guarantees for the protection of the aggrieved Syrian people,” the MP said.

“They rather aggravate the internal rift and plunge the country into foreign conflicts,” she said.

Bassil, who heads up the Free patriotic Movement whose founder is president Michel Aoun  is allied with the Iranian backed Hezbollah militant group which has been calling for normalizing relations with Syria.