Biden’s son , Hunter stepping down from Chinese board amid Trump attacks 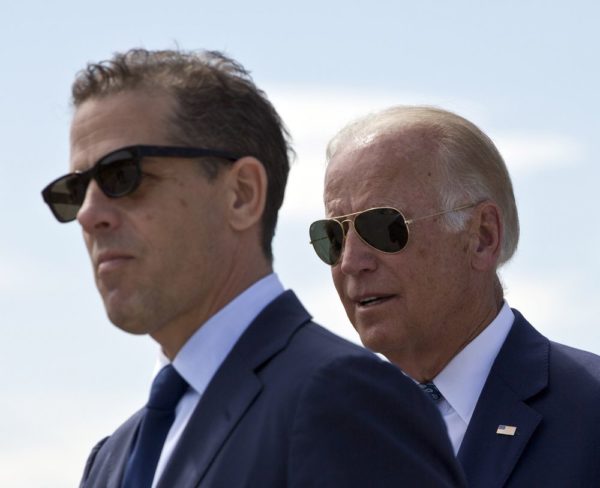 Hunter Biden is stepping down from the board of a Chinese-backed private equity company and promising to forego all foreign work if his father, former U.S. Vice President Joe Biden, is elected president in 2020.

After months of keeping a relatively low-profile as President Donald Trump leveled a barrage of unsubstantiated accusations of corruption at him, the younger Biden is publicly vowing to avoid any conflict of interest.

According to a statement released on his behalf by his lawyer George Mesires, Biden said he’ll resign at the end of the month from the management company of a private equity fund that’s backed by Chinese state-owned entities. He also pledged that he wouldn’t work for any foreign-owned companies or serve on their boards during a potential Biden administration. He reiterated that he never discussed his business activities with his father.

“Hunter always understood that his father would be guided, entirely and unequivocally, by established U.S. policy, regardless of its effects on Hunter’s professional interests,” the statement said. “He never anticipated the barrage of false charges against both him and his father by the President of the United States.”

Trump and his personal lawyer Rudy Giuliani have repeatedly claimed, without providing evidence, that Hunter Biden made millions of dollars from China while his father was vice president. They’ve also made unsubstantiated claims that Joe Biden used his position as the U.S. administration’s point person on Ukraine to help quash an investigation in 2016 into the owner of one of the country’s largest private gas companies where Hunter sat on the board.

Earlier this month, Trump publicly called on China to investigate the Bidens. A spokesman for China’s foreign ministry rejected that notion, saying it wouldn’t interfere in the internal affairs of other countries.

“Under a Biden Administration, Hunter will readily comply with any and all guidelines or standards a President Biden may issue to address purported conflicts of interest, or the appearance of such conflicts, including any restrictions related to overseas business interests,” the statement said. “He will continue to keep his father personally uninvolved in his business affairs.”

The statement aims to set the record straight on Biden’s past work in Ukraine and China, which Trump and Giuliani have fixated on as the 2020 campaign heats up. He served a five-year term on the board of Burisma, one of Ukraine’s biggest private gas companies, whose owner had been under investigation for alleged money laundering and abuse of power. The allegations predated his joining the board in April 2014. He stepped down earlier this year.

Trump has alleged that Vice President Biden in 2016 threatened to withhold billions of dollars in loan guarantees unless Ukraine fired the country’s top prosecutor, Viktor Shokin, as a way to quash the probe and help his son. But U.S. and Ukrainian officials said the investigation at the time was dormant and that Shokin was fired for the opposite reason: failing to fight corruption.

“Despite extensive scrutiny, at no time has any law enforcement agency, either domestic or foreign, alleged that Hunter engaged in wrongdoing at any point during his five-year term,” the statement said.

At the time he joined the Burisma board, Hunter was “of counsel” at Boies Schiller Flexner LLP, a U.S. law firm, and had been advising the company on “its corporate reform initiatives,” it said. He urged Boies Schiller to hire Nardello & Co., a consulting firm specializing in investigations, to assess Burisma’s “corporate structure and governance practices.”

Aleksander Kwasniewski, the former president of Poland, sat on the board of Burisma at the time and recruited Hunter as a non-executive director because of his advisory work for the gas company, the statement said. “At no time was Hunter in charge of the company’s legal affairs,” it said.

Hunter Biden also sought to counter increasing Trump campaign attacks on his ties to China. He denied Trump’s repeated allegations that he procured $1.5 billion from China for a private equity fund after he flew on Air Force Two with his father in December 2013 to Beijing.

He serves on the board of BHR (Shanghai) Equity Investment Fund Management Company, which was set up in 2013 to invest Chinese capital outside China. He previously acknowledged meeting with Jonathan Li, a Chinese banker and partner in the fund, during the 2013 trip but has said it was a social visit and they didn’t talk business.

BHR has the backing of several Chinese state-owned companies. Trump’s claim that Hunter walked away with $1.5 billion from China appears to be based on a fundraising target that BHR announced in 2014. But BHR never raised a discreet pool of capital, Mesires said, and instead raised money deal by deal. BHR now says it manages about $2.1 billion in investments.

Biden denied he played a role in forming the company or having any equity in it while his father was vice president. The board position was unpaid, he said. After his father’s term ended in 2017, Biden bought 10% of the management company for about $420,000. He hasn’t made money from the venture to date, the statement said.

He announced he’ll resign from the BHR board on Oct. 31. He didn’t comment on whether he would retain his equity stake, but his pledge to not do any foreign work under a Biden Administration indicates he would sell the stake if his father wins.

Biden’s pledge to avoid foreign work if his father wins the White House sets him apart from Trump’s children, who have continued working with foreign business partners from Dubai to Indonesia and India while his father sits in the White House. After Trump won the presidency in 2016, he handed the running of the Trump Organization to his sons, Don Jr. and Eric, and said they wouldn’t do any new overseas deals.

But they have continued to push the Trump Organization’s existing foreign deals, including visits to promote luxury resorts in Indonesia, condo sales in India and an expansion of their golf resort in Scotland.

Trump has launched increasingly personal attacks on Hunter as Democrats in the Houses of Representatives ramp up their impeachment inquiry examining the president’s pressuring of Ukraine’s president to investigate what he claims is corruption by the Bidens in the country. At a rally in Minnesota this week, Trump lashed out at the Democratic front-runner’s son, taunting him over his personal struggles with drug use and his low profile during his father’s campaign.

“Whatever happened to Hunter? Where the hell is he?” Trump bellowed at the crowd. “Let’s do another t-shirt. Where’s Hunter?” Soon after the rally, Trump’s 2020 campaign website started selling $25 t-shirts emblazoned with “Where’s Hunter?”

Despite continuing to advance their own foreign business deals while their father is in the White House, the Trump sons have joined in on the attacks, accusing Hunter Biden of using his family name for personal gain while his father was vice president.

“At the VERY LEAST, there’s an appearance of impropriety,” Don Jr. tweeted.

At the rally in Minneapolis, Eric Trump attacked Hunter, whipping up the crowd with chants of “Lock him up,” a replay of his father’s familiar campaign stump speech targeting Hillary Clinton in 2016.

Joe Biden has defended his son and vowed to make him a visible part of his campaign. “He’s a fine man. He’s been through hell,” Biden told the Reno Gazette Journal earlier this month. “I’m also confident the American people know me, and they know my son.”