UK concerned over possibility of accidental US, Iran war 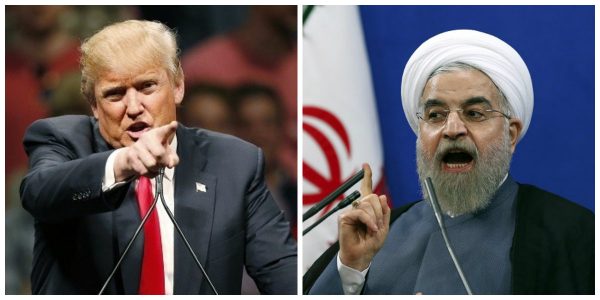 Britain does not think either the United States or Iran want a war but is very concerned an accidental war could be triggered, Foreign Secretary Jeremy Hunt said on Monday.

Hunt said Britain had been closely in touch with the United States over the “very dangerous situation in the Gulf” “We have been doing everything we can to de-escalate the situation,” Hunt said.

Tension is running high between longtime foes Iran and the United States after US President Donald Trump on Friday said he called off a military strike to retaliate for Iran’s downing of a US drone.

However, it was reported that the United States had launched cyber attacks, even as Trump backed away from a conventional attack.

US cyber attacks against Iranian targets have not been successful, Iran’s telecoms minister claimed on Monday.

“They try hard, but have not carried out a successful attack,” Mohammad Javad Azari Jahromi said on Twitter.

“Media asked if the claimed cyber attacks against Iran are true,” he said. “Last year we neutralized 33 million attacks with the (national) firewall.”

Azari Jahromi called attacks on Iranian computer networks “cyber-terrorism”, referring to Stuxnet, a computer virus widely believed to have been developed by the United States and Israel, which was discovered in 2010 after it was used to attack a uranium enrichment facility in the Iranian city of Natanz.

Last year, Trump withdrew the United States from a 2015 accord between Iran and world powers that curbed Tehran’s nuclear program in exchange for easing sanctions. Relations in the region have worsened significantly since then.

An adviser to Iranian President Hassan Rouhani said on Monday that if Washington wants Iran to offer concessions that go beyond the terms of the nuclear deal, the US must offer incentives that also exceed those in the agreement.

The comments were a rare indication from Tehran that it could discuss new concessions with Washington, although the adviser, Hesameddin Ashena, repeated Iran’s line that any talks were impossible until Washington lifted sanctions it has reimposed since withdrawing from the deal last year.

Despite repeating that Washington wanted talks with Tehran, it said “significant” sanctions on Iran would be announced on Monday aimed at further choking off resources that the country uses to fund its activities in the region.

In the comments, Ryabkov did not specify what those steps would be.

He said the imposition of US sanctions would aggravate tensions, and Washington should instead be seeking dialogue with Tehran, the agencies quoted him as saying.