South and North Korean leaders meet to salvage summit with US 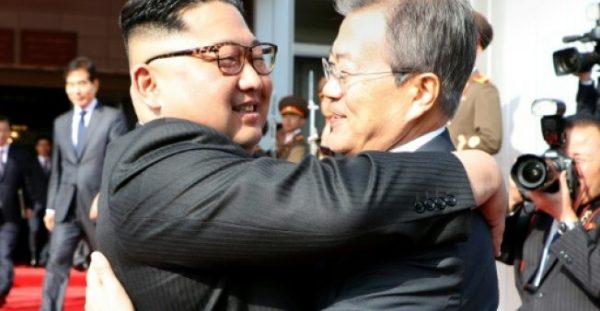 South Korea’s presidential office said after the meeting that Messrs. Moon and Kim had met on the north side of the demilitarized zone and exchanged opinions on how to successfully stage a summit between Messrs. Trump and Kim.

The secret second inter-Korean summit of this year is the latest dramatic turn in a series of diplomatic maneuvers as the U.S. and South Korea seek to rein in North Korea’s nuclear ambitions.

It follows an April 27 inter-Korean summit between Messrs. Moon and Kim that was held on the south side of the line dividing the inter-Korean truce village of Panmunjom, at which the two men signed a Panmunjom Declaration vowing an end to war and hostilities between the two sides.

It also comes just days after Mr. Trump abruptly scrapped a planned summit with Mr. Kimin Singapore on June 12—only to say a day later that the summit might still take place.

“The two leaders exchanged frank opinions on the implementation of the April 27 Panmunjom Declaration and the successful staging of a U.S.-North Korean summit,” said Yoon Young-chan, a spokesman for South Korea’s presidential office, in a statement Saturday evening.

Mr. Moon will share the results of the meeting at 10 a.m. on Sunday morning Seoul time, Mr. Yoon added.