Turks feel pinch from currency slide ahead of polls 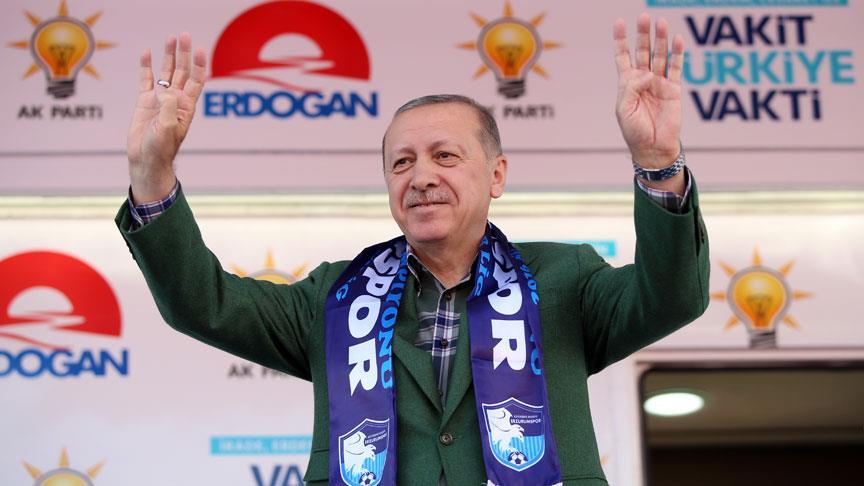 President Erdoğan called on citizens last May to prop up the Turkish currency by converting their dollars, euros into Turkish Lira
Share:

Farmer Abdulkadir Cekic was already struggling to make a living, snowed under by a bank loan he took out for the purchase of a 130,000-euro harvesting machine. The tumbling of the Turkish currency, the lira, has hit him hard, considerably increasing the cost of his yearly payments.

“This year I have (to pay) 10,000 Euros in installments for the combine harvester,” said the barley farmer from this Turkish village near the border with Syria. “It used to be around 40,000 Turkish Lira. Now it’s 55,000 Turkish Lira.”

The lira has lost more than 20 percent of its value against the dollar since the start of the year, hurting many in Turkey, especially small business owners like Cekic who rely on imported machinery and goods. The country’s economic troubles have emerged as a key issue as Turkey heads into presidential and parliamentary elections next month.

The lira this week slid to a series of record lows amid a global currency sell-off and some concerns over President Recep Tayyip Erdogan’s economic policies. The drop forced the Turkish Central Bank to sharply raise its key lending rate to try and stem an outflow of capital from the country, control inflation and support the beleaguered currency.

The rate increase came despite Erdogan’s strong pressure on the Central Bank to keep rates low. The increase helped the currency regain some of its value, but economists fear the country may not be out of the woods just yet.

Analysts say Erdogan, who has been in office since 2003 as prime minister and president and is vying for a new five-year term, called the elections more than a year earlier than scheduled as he saw that economic and financial trouble was brewing.

“The (risk) is still continuing because the volatility has not ended,” said economist Ozlem Derici Sengul, adding that the markets were still nervous about Erdogan retaining his influence over the Central Bank. Derici said the banks’ rate hike was still “behind market rates.”

It was not clear how much impact the volatility would have on the elections.

“It will hurt some shares of the votes for the government but I’m not sure how it will change the composition of the parliament or (affect) the re-election of the president,” Sengul said. “It’s a very close call.”

Erdogan has blamed economic woes on an alleged international conspiracy plotting to undermine Turkey. This week, he said the weak Turkish lira did not reflect the state of the country’s economy, citing Turkey’s 7.4 percent growth rate.

In a bid to ease fears, Erdogan has also vowed fiscal discipline and moves to rein in inflation and current account deficit after the elections.

The Turkish lira’s slide was in part a global trend affecting the currencies of emerging markets, with investors shifting their money into higher-yielding investments in the United States. Turkey has been hit especially hard because of the political backdrop, including Erdogan’s exerting pressure on the central bank.

Erdogan has won successive elections on the strength of a vibrant economy in the past 15 years. More recently though, he has adopted an increasingly authoritarian turn, cracking down on dissent and concentrating more powers in his hands. A state of emergency imposed following a 2016 failed military coup has allowed him to rule by decrees and has resulted in tens of thousands of arrests.

Critics say Erdogan needs to abandon authoritarian policies and carry out liberal reforms in order to bring stability to the economy.

A survey by the Ankara-based Metropoll research group conducted in April indicated that 50.6 percent of the respondents said their living conditions and welfare level had “deteriorated” in the past year. Only 16.6 percent said their conditions had improved.

At a market in Istanbul’s Kasimpasa district, where Erdogan was raised, shoppers and stall owners said they felt the pinch from the decline in the currency and double-digit inflation.

“(Prices) are high,” said Medine Bilgen, a 53-year-old homemaker. “Every week, the prices at the market are different. They never go down, they always go up.”

Vegetable stall owner Ahmet Acik said: “Diesel, gas, dollar… They are changing by the hour. We are not happy about this.”

Still, the economic turmoil is unlikely to sway the elections, experts say.

“Turkey is so deeply polarized that one half (of the people) is in love with Erdogan and believe he can do no wrong. The other half loath him,” said Soner Cagaptay, director of the Turkish Research Program at The Washington Institute. “Any economic crisis won’t change this perception.”

“Erdogan’s supporters will see any economic meltdown as an attack by foreign forces against Erdogan and his agenda to make Turkey great,” he said. “Turkey has seen so many economic meltdowns that have decimated governments of the time, but I’m not sure it’s going to be the same this time around.”