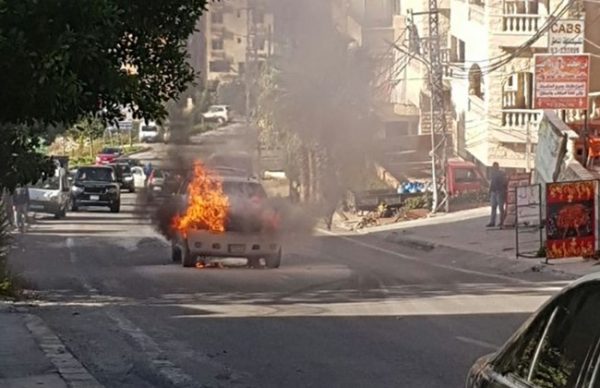 Future Movement Secretary-General Ahmad Hariri’s  car    caught fire while driving with his family  in Sidon  south Lebanon on Sunday but no injuries were reported .

Sidon’s municipal fire brigade immediately responded to the incident and extinguished the fire, preventing it from engulfing the entire vehicle.

Ibrahim Mezher, mayor of Bqosta, arrived at the scene shortly after and assured people and reporters that Hariri, his wife and children were unscathed.

Ahmad is the first cousin of Lebanese PM Saad Hariri