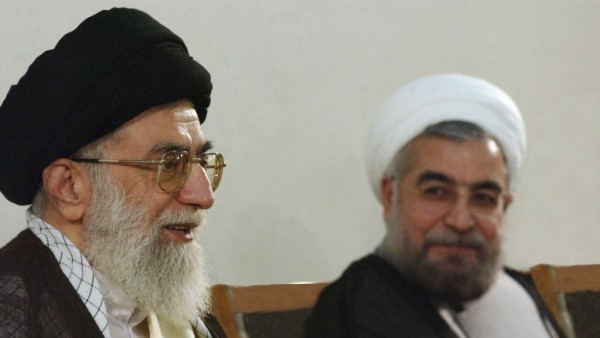 Political infighting among Iran’s ruling elite has moved on to a new battleground – the relief effort after an earthquake that killed at least 530 people and injured thousands.

Hardline media are accusing the government of pragmatist President Hassan Rouhani of reacting too slowly to last weekend’s quake, while highlighting aid work by the Revolutionary Guards – a rival power center.

While the government said enough help had been sent to the thousands of people left homeless by the devastation, media affiliated to Rouhani’s hardline rivals painted a different picture with reports from villages where survivors complained about a lack of shelter from the bitter cold.

Rouhani allies say this reflects a long-running struggle between the president and those who oppose his drive to boost the economy by improving relations with the outside world, notably through sealing a nuclear deal with world powers.

“Rouhani is very popular,” one Rouhani ally told Reuters. “It is so sad to see that even under these sad circumstances when we need unity, they are attacking his government and trying to say that the government is incompetent to help people.”

Shortly after the magnitude 7.3 quake, Iran’s worst in more than a decade, state TV aired scenes from the devastated villages in the western Kermanshah province.

Iran has so far declined offers of foreign assistance, saying planeloads of tents, blankets, mattresses and emergency food rations had arrived in areas where at least 30,000 houses have been damaged and several villages completely destroyed.

The hardline semi-official Tasnim and Fars news agencies both carried reports of the role of the Revolutionary Guards – an elite force loyal to Supreme Leader Ayatollah Ali Khamenei – and its affiliated Basij militia force in helping the survivors.

Khamenei has called on the state agencies to speed up their efforts. “This disaster is a test for authorities to perform their duties,” he said on Tuesday. His representative, cleric Abdolhossein Moezi, told state TV after visiting Kermanshah province that more relief was needed.

Editorials in hardline newspapers adopted a sharp tone, accusing the government of failing to learn the lessons of the Bam earthquake in 2003, in which 31,000 people were killed.

State TV covered how the Iranian Revolutionary Guards Corps (IRGC) had restored some degree of normality in one of the worst hit towns, Sarpol-e Zahab.

“Immediately after the quake, the IRGC rushed to the area to help,” said Brigadier General Hossein Salami, deputy head of the Guards. “We set up shelters, field clinics … We will not leave until all survivors have a permanent shelter. Our commanders have been working around the clock.”

Commanders of the IRGC, which also runs a business empire in Iran, have repeatedly criticized Rouhani’s failure to improve the economy despite the official lifting last year of most international sanctions under the 2015 nuclear deal.

In some areas, no building was left standing, elsewhere, survivors have left homes that remain standing, fearing they could come crashing down due to aftershocks. Houses in poor Iranian villages are often made of concrete blocks or mudbrick that can quickly crumble and collapse.

Many of the heavily damaged buildings in Sarpol-e Zahab were part of an affordable housing scheme, initiated in 2011 by Rouhani’s hardline predecessor, Mahmoud Ahmadinejad.

Angry survivors said the low-quality construction in the Mehr scheme had caused the high death toll in the town, nestled in the Zagros Mountains along the border with Iraq.

Rouhani has ordered an investigation. “It’s clear there has been corruption in construction contracts,” he told a cabinet meeting on Wednesday, state media reported. “Anyone responsible will be punished.”

Ahmadinejad’s adviser Ali Akbar Javanfekr denounced the accusations. “Heavy waves of propaganda against Mehr are aimed at covering up the weakness and inefficiency of the (Rouhani) administration in helping quake-hit people,” he said.

Major towns and cities in the Kermanshah province appeared to have escaped heavy damage, witnesses said, while many villages were destroyed.

“My mother told me to buy yogurt for dinner …. As soon as I left the house everything started to collapse,” 13-year-old Dozan told Reuters by telephone from Sarpol-e Zahab. “I ran back but my parents and sisters were dead – only rubble and dust and no home.”

Rouhani has promised more help and low-interest loans to survivors to rebuild their collapsed homes. State TV showed Iranians around the country gathering goods and warm clothes and blankets for the survivors.

“We need shelter … it is getting colder. They have distributed some tents but it was not enough,” Ahmad Irandust, 75, told Reuters from Salas Babajani village by telephone. He said his children have slept outdoor in the freezing cold since Sunday.