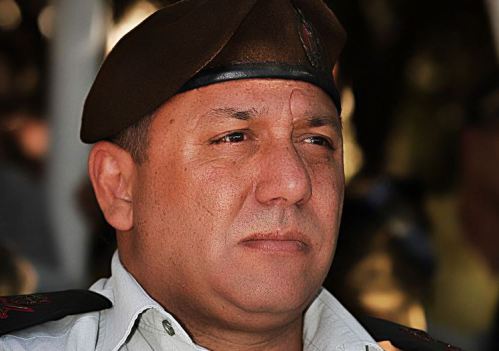 The Israeli army’s chief of staff told an Arabic language online newspaper that Israel was ready to share “intelligence information” with Saudi Arabia, saying their countries had a common interest in standing up to Iran.

Lieutenant General Gadi Eizenkot told the privately Saudi-owned Elaph in what it said was his first interview with an Arabic newspaper that Israel had no plans to attack Lebanon’s Hezbollah group.

Saudi Arabia has ratcheted up pressure on arch-foe Iran, accusing Tehran of trying to expand its influence in Arab countries, often through proxies including the Lebanese Shi‘ite Hezbollah group.

Increased tension between Tehran and Riyadh has fueled speculation that shared interests may push Saudi Arabia and Israel to working together against what they see as a common Iranian threat.

Saudi Arabia maintains that any relations with Israel hinge on Israeli withdrawal from Arab lands occupied in the 1967 Middle East war.

Asked if Israel had shared any information with Saudi Arabia, Eizenkot said: “We are ready to share information if necessary. There are many shared interests between us.”

He said U.S. President Donald Trump’s election on a platform that calls for increasing pressure on Iran has provided an opportunity for new alliances in the Middle East.

Both Saudi Arabia and Israel view Iran as a main threat to the Middle East.

“A major and general strategic plan must be prepared to stop the Iranian danger, and we are ready to exchange expertise with moderate Arab states and exchange intelligence information to face Iran,” he said, according to Elaph, which said the interview was conducted at Eizenkot’s office in Tel Aviv by an Israeli Arab journalist.

Earlier this month, Lebanese Prime Minister Saad al-Hariri announced his resignation in a surprise move that had plunged Lebanon into a new political crisis

Hariri’s resignation thrust Lebanon into the front line of a regional struggle between Sunni Saudi Arabia and Shi‘ite Iran that has also buffeted Syria, Iraq, Yemen and Bahrain.

It also raised speculation about possible military action against Lebanon by Israel, which sees Hezbollah as a strategic threat.

Responding to a question on speculation that Israel may launch a military operation against Hezbollah, Eizenkot said: “We do not have any intention initiating any offensive against Hezbollah in Lebanon and reaching a (state of) war. But we will not accept a strategic threat against Israel.”

According to the IDF, while Hezbollah has increased its military capabilities due to its fighting in Syria, the group has spread its troops across the Mideast.

Eisenkot, the son of Jewish immigrants from Morocco, became IDF head in February 2015.