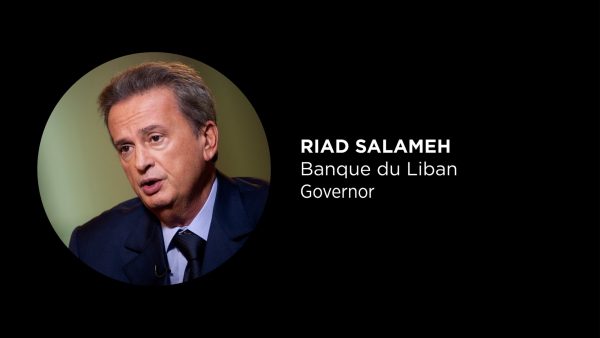 The Lebanese central bank governor mentioned on Tuesday that the bank has the foreign-currency reserves that are essential to keep the pound steady against the US dollar at its fixed rate for the predictable future.

He also said in an interview that since June the central bank has been operating in three financial procedures in order to uphold the high levels of dollar assets and to help banks to secure their credit portfolios.

Salameh however; refused to say by how much dollar assets had increased as a result of the three operations, but he said Lebanon’s foreign currency reserves reached $40 billion at the beginning of the year.

His statement  comes after the US house of Representatives  voted  to impose on Wednesday  new sanctions against  the Iranian backed Hezbollah militant group. Salameh  was recently in Washington to lobby against the sanctions  and to  lessen the impact on Lebanon.   Following talks with the U.S. State and Treasury departments recently  in Washington , Salameh expressed relief in an interview with Lebanese TV station LBCI. “What we heard is reassuring,” he said.

“The goals of the U.S. State and Treasury departments are to support the Lebanese economy and banking sector,” said Salameh , who met with the World Bank and the International Monetary Fund also  while in Washington  .

While in Washington Salameh  also  revealed that the U.S. wouldn’t implement any mechanism that would affect the value of the Lebanese pound compared to the U.S. dollar, which could weaken the Lebanese currency and banking sector if it became unstable.

During the  interview with LBCI, Salameh appeared optimistic and said he doesn’t believe anyone is trying to harm Lebanon.