A senior Iranian (IRGC) commander was killed in a battle in Syria, report 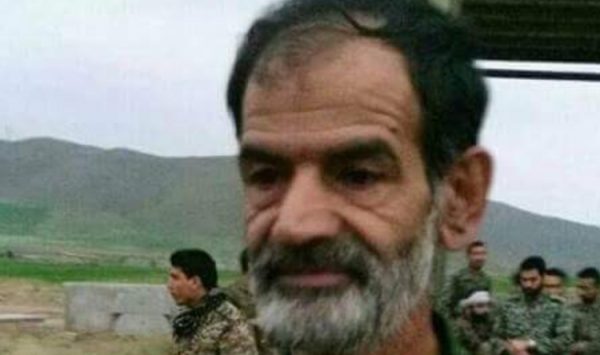 A senior Iranian Revolutionary Guard (IRGC) commander was killed in a battle in Syrian official Iranian media reported on Tuesday.

The battalion’s members are selected from the Basij paramilitary militia
The Basij Mobilisation Resistance Force” is one of the five forces of the Islamic Revolutionary Guard Corps. A paramilitary volunteer militia established in Iran in 1979 by order of Ayatollah Khomeini, leader of the Iranian Revolution, the organization originally consisted of civilian volunteers who were urged by Khomeini to fight in the Iran–Iraq War.

Iran has often denied sending regular forces to fight in Iraq and Syria, saying it is contributing military advisers and battalions of volunteers from Iran, Afghanistan and Pakistan.

3 out of 10 IRGC  elements killed in Syria

An Iranian general revealed  last September that 25% – 30% of Iranian troops sent to Syria have been wounded or killed in the war-torn country to defend Syrian President  Bashar al-Assad.

General Hamid Abatheri, Vice President of Imam Hussain Military University which belongs to Iran’s Islamic Revolutionary Guard Corps (IRGC),  addressed recently a crowd of  Iranian military personnel to commemorate the death of a Revolutionary Guard commander, Abbas Daneshker, who was  killed in a battle in the Syrian city of Aleppo.

Abatheri, who is in charge of recruiting and supervising the dispatch of IRGC  elements and Iran-proxies of armed Shiite militias in Syria said: “The death toll of the Iranian killed in Syria is 3 out of 10 sent to Syria.

According to Eldorar News Agency, the death toll of the IRGC and  militias they backed in Syria has exceeded 3500, the injured number is 5000. It has reported that the Fatimiyon militia is  the largest armed forces  in Syria trained by IRGC to fight for the Syrian regime’s dictator Bashar al-Assad.