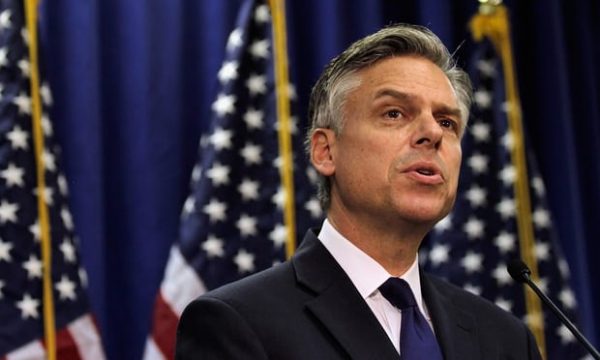 The White House formally announced its plans to nominate former Utah Gov. Jon Huntsman as ambassador to Russia, signaling its intent to put the onetime Trump campaign critic in a leading diplomatic role.

Huntsman, who sharply criticized President Donald Trump during the 2016 campaign for his statements and rhetoric about women, previously served as ambassador to Singapore under President George W. Bush and ambassador to China under President Barack Obama. He was reportedly offered the position in March, a move the Trump administration publicly solidified Tuesday.

“Governor Jon Huntsman has had a distinguished career as a politician, diplomat, and businessman,” the office of the White House press secretary wrote in an announcement. “His robust record of public service includes service as U.S. Ambassador to China and to Singapore, Deputy United States Trade Representative, Deputy Assistant Secretary of Commerce for East Asian and Pacific Affairs, and Deputy Assistant Secretary of Commerce for Trade Development.”

The statement also touted Huntsman’s career in the private sector serving on the corporate boards for Hilton, Chevron and Ford Motor Co., among others.

After initially endorsing Trump’s candidacy, Huntsman called for him to withdraw from the race in October 2016 after the infamous “Access Hollywood” tape of the real estate mogul bragging about groping women surfaced.

Huntsman has been seen as a potential challenger to Sen. Orrin Hatch in Utah, but the nomination will likely remove him from contention.