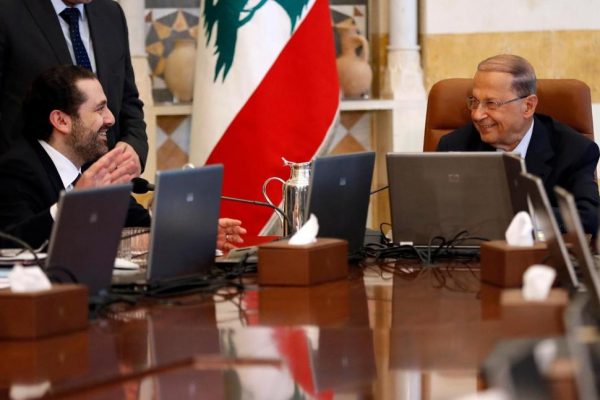 The Lebanese Cabinet has approved a new elections law and referred it to parliament for ratification, paving the way for parliamentary elections postponed twice over the past year.

During Wednesday’s government meeting that approved the new law, the term of the current parliament was extended 11 months until May 20, 2018 . The  vote is scheduled for  May 6,2018

The current parliament was elected to a four-year term in 2009, but its tenure has been extended twice over security concerns and the civil war in neighboring Syria that spilled into Lebanon on several occasions.

The agreement came days before the legislature’s term was to end on June 20 — avoiding sending the country into a fresh political crisis.

The parties also agreed that any electoral list has to reach a certain threshold to become eligible to win seats. The threshold is determined by the so-called electoral quotient: the total number of voters in a certain district divided by the number of seats.

Municipality members, who intend to run for Parliament, will have to resign from their posts a month after the vote law is published in the Official Gazette. The previous period was two years.

An agreement was also reached on other technical details .

But  no agreement was reached

But they  agreed that expat voting will be introduced in the 2022 elections and that the diaspora will be granted six seats.

“It’s a historic achievement,” Hariri told reporters in a news briefing after the session, adding that the 11-month delay gives authorities time to prepare for the elections, educate voters on the process, to issue magnetic voting cards and printed ballots, and to prepare for electronic vote tabulation.

“We decided to put aside controversial items and focus on the common points.”

“The vote law is a tremendous achievement. The [voting system] in Lebanon has been majoritarian since before [Lebanon’s] independence,” Aoun added.

The law includes 125 articles, and is based on proportional representation.

Reservations about the law

As Hariri mentioned a  number of ministers criticized the agreement

Education Minister Marwan Hamadeh said ahead of the session that he didn’t understand the vote law.

“We didn’t object on the law but we have several notes regarding the age of voting, women quota and the voting of expats,” he said.

Minister of State for Women’s Affairs Jean Ogasapian said that he would propose during the session the addition of an article that guarantees that each list would include a female candidate.

Several rights groups and organizations have long lobbied for a women’s quota, arguing that a minimum 30 percent of seats should be filled by women in parliamentary elections. The current Parliament of 128 has only four female MPs.

The vote law agreement is considered a big political achievement for both Aoun and Hariri, especially the latter who had declared that the failure to agree on a new electoral law would be viewed as a failure of his government.