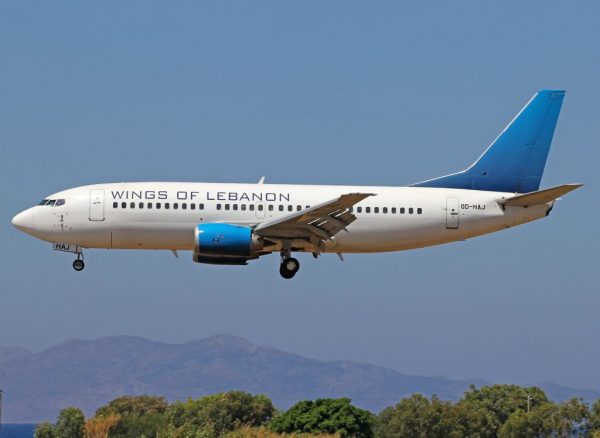 Wings of Lebanon a privately held Lebanese airline under the Nakhal Group and which is known for its charter activities expanded its business model to include largely seasonal scheduled international passenger services and has decided to make Georgia its new destination, according to Georgia Today.

The airline is targeting 2 destinations in the former Soviet Republic , Tbilisi the capital and Batumi the Black Sea beach resort city .

Wings of Lebanon has been expanding its seasonal scheduled international destination which in addition to Georgia include Damascus,Syria. Dubrovnik, Croatia, Istanbul, Turkey, Malmo and Stockholm, Sweden, Mashhad and Tehran, Iran , Prague, Czech Republic and Vienna, Austria,

Nakhal, which was formed in 1959 is a leading Lebanese travel agency and is well know for its charter flights linking Beirut to several destinations

Georgia , a country in the Caucasus region of Eurasia is located at the crossroads of Western Asia and Eastern Europe, it is bounded to the west by the Black Sea, to the north by Russia, to the south by Turkey and Armenia, and to the southeast by Azerbaijan. It Population is similar to Lebanon, about 4 million but over six times larger in area , about 69,700 square kilometers.

Like many of its neighbors Georgia was occupied by Russia in the nineteenth century and eventually it became a member of the Soviet Union after the Communist Revolution. A pro-independence movement led to the secession from the Soviet Union in April 1991 and following the bloodless Rose Revolution in 2003, Georgia pursued a strongly pro-Western foreign policy, aiming at NATO and European integration, and introduced a series of democratic and economic reforms, which brought about mixed results, but strengthened state institutions. The country’s Western orientation soon led to the worsening of relations with Russia, culminating in the brief Russo-Georgian War in August 2008.

Tourism is an increasingly significant part of the Georgian economy. According to the government, there are 103 resorts in different climatic zones in Georgia. Tourist attractions include more than 2,000 mineral springs, over 12,000 historical and cultural monuments, four of which are recognised as UNESCO World Heritage Sites (Bagrati Cathedral in Kutaisi and Gelati Monastery, historical monuments of Mtskheta, and Upper Svaneti).

Wings of Lebanon made the news last September when it landed in tel Aviv Israel. Lebanese aircraft have not landed in Israel for over 60 years, as the two countries have remained technically at war since the establishment of the state.

The Lebanese company tried to explain the situation in a statement following the incident by revealing that the aircraft was leased by Wings of Lebanon from Turkey’s Tailwind Airlines for chartered flights during the summer. The plane was sent for maintenance work to Turkey and was supposed to be sent back to Lebanon five days later, which is why the logo was not removed, Bloomberg said in a report last September .