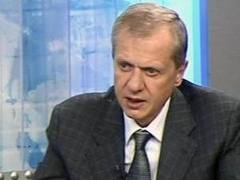 Charles Ayoub, Al-Diyar newspaper editor-in-chief accused General Michel Aoun of stealing $75 million US dollars from the Lebanese Ministry of Finance before he fled his headquarters in Baabda, where he was leading the war against the Syrian army.

“All men have the right to speak but not cowards .” Ayoub said

Describing how Aoun fled in his pyjamas to the French embassy in 1990 he said :

“Military commanders always remains at the head of their and should be in the forefront, while General Aoun fled his headquarters in Baabda, where he was leading the war against the Syrian army to the French embassy, ​​leaving behind his wife and three daughters , without any consideration for the dignity, honor and the safety of his wife and daughters.”

Aoun, 74, was forced into exile after being defeated in a Syrian offensive in 1990 at the end of Lebanon’s 15-year civil war.

Aoun returned in May 2005, a month after Damascus ended 29 years of military domination in Lebanon.

On the stealing of the money from the Ministry of Finance Ayoub said:

“I ask you General Michel Aoun, who stole money from the Ministry of Finance and deposited it in his accounts. In one account $38 million dollars was deposited and in another account $ 37 million. Both accounts were put in your name and the name of your wife Nadia. Why did you put the money in your name and your wife’s name only and not the names of Major General Edgar Maalouf or Maj. Gen. Issam Abu Jamra who were your comrades in the battle against the Syrian army?

He challenged Aoun to deny stealing the money

“If you deny taking the money ( $ 38 million and $ 37 million to France) , I am ready to publish the documents on your accounts”. Ayoub said.

Aoun who heads the change and Reform bloc has been accusing the March 14 alliance of corruption.