Lebanon central bank to use an exch. rate of 15,000 pounds per US dollar as of Feb 1 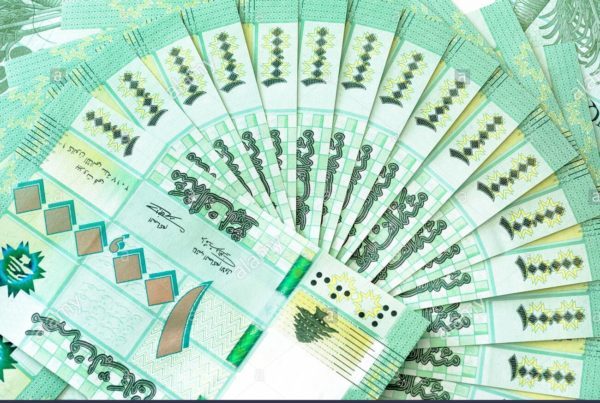 The central bank’s official rate has been set at 1,507 pounds per U.S. dollar for 25 years but that valuation has become all but defunct since a 2019 financial implosion that has caused the currency to lose more than 95% of its value.

The parallel market exchange rate has recently been was hovering at around 40,000 pounds per dollar

“We have now entered the process of unifying exchange rates … the central bank will deal with markets using the price of 15,000 starting from the beginning of February 2023,” Salameh said in an interview with U.S.-based Al-Hurra TV.

In addition to official and parallel market exchange rates, authorities have created several others during the crisis, including unfavourable rates applied to withdrawals of Lebanese pounds from hard currency deposits in the frozen banking system.

Salameh said the rate for withdrawals governed by central bank circulars would be brought up to 15,000 pounds as of Feb. 1.

The central bank would then have just two rates, Salameh said: 15,000, and a rate set by the central bank’s Sayrafa exchange platform, which sat at around 30,000 pounds per dollar on Monday.

Lebanon’s crisis was caused by decades of profligate spending by a state riddled with corruption and waste, together with unsustainable financial policies.

Depositors have paid a big price, and have been mostly unable to access dollar savings or forced to make withdrawals in pounds at unfavourable rates.

Progress has been slow, meanwhile, on reforms that would help finalize a deal with the International Monetary Fund (IMF) to unlock funding to help ease the crisis.