Lebanon can’t fix its economic crisis without outside help 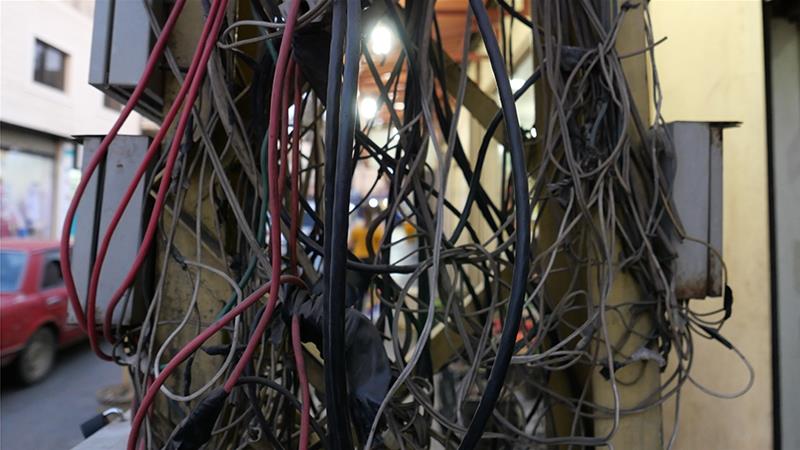 Unreliable, inefficient and expensive electricity is a huge drag on Lebanon’s economy and a root cause of the deepening financial crisis that has sparked protests all across the country . Lebanon is subsidizing the electricity utility company at the rate of about $2 Billion a year , but the company EDL has not been able to provide the power needed . Daily blackouts that last several hours are common in Lebanon [File: Andrea Prada Bianchi & Sergio Colombo/Al Jazeera]
Share:

Last year, Lebanon was thrown into economic turmoil as its long-standing energy crisis worsened even further, leading to prolonged blackouts and severe fuel shortages. A year on, Lebanon has managed to avoid a civil war but continues to battle with extreme energy shortages and a failed economy. In 2021, the World Bank identified Lebanon’s economic crisis as “one of the top ten, possibly top three most severe economic collapses worldwide since the 1850s”. So, is there any hope of a rebound?

Last October, Lebanon’s fuel crisis worsened, sending the country into a 24-hour blackout. Lebanon’s major power plants, Deir Ammar and Zahrani, run out of diesel fuel, meaning they were unable to supply the country electricity, with power returning only after the energy ministry provided $100 million of credit to purchase more fuel. This occurred following decades of poor energy decisions. Before the prolonged blackout, Lebanese citizens were used to daily power outages. Several years of shortcomings by the state electric company Electricité du Liban (EDL) and a high reliance on fuel imports, which contribute over 20 percent of the country’s import bill to provide more than 90 percent of the country’s energy needs, have led to extreme energy insecurity. In addition, the smuggling of fuel from Iran through Syria to sell at a high price on the black market by the militant group Hezbollah further exacerbated the problem

Despite several attempts by the government to stabilize the country’s energy, the crisis is ongoing. In August, EDL said it was “fighting tooth and nail” to find a solution before the lights go out at Beirut’s airport, port, and presidential palace. There are concerns that if a blackout occurs, key infrastructure, such as hospitals and prisons, could be left without electricity, putting the country under threat.

EDL has had to scrape together any fuel it can get its hands on to keep Lebanon’s electricity running. It planned to use Grade B gas oil, rather than Grade A, as well as use the remaining diesel from the Tyre thermal power facility to recommence activities at the Zouk thermal power plant. In the summer months, EDL had to choose between which buildings and areas would be provided with electricity as it waited for a delivery of gas oil from Iraq.

Lebanon continues to rely heavily on a Lebanese-Iraqi agreement as several other projects, such as those in Jordan and Egypt, have been delayed. In August, Iraq agreed to extend the fuel agreement for one year, providing EDL with the heavy fuel oil needed to maintain its electricity supply. The deal sees Iraq delivering one million tonnes of heavy fuel oil annually in exchange for services, including health care for Iraqi citizens. Yet, high prices and severe fuel shortages mean that most Lebanese homes continue to be left without state-provided electricity for around 22 hours a day.

People have been forced to turn to privately owned diesel-powered backup generators for their electricity. But few can afford to use these generators as Lebanon is facing rising inflation rates of 168 percent and widespread unemployment. Instead, people adapt their lives to use phone chargers, rechargeable lights and batteries, and electronic devices at whatever time of the day the electricity turns on.

The Lebanese government has repeatedly appealed to international organizations to step in and support the country’s economic recovery. In April, the International Monetary Fund (IMF) arranged a Staff Level Agreement (SLA) for a Four-Year Extended Fund Facility. However, government failures in implementing the reforms agreed upon under the April SLA mean that the IMF Board will not consider the request for a financial program with Lebanon at present. While support from international organisations could dramatically reduce the economic burden on Lebanon’s government, while helping to boost energy security, few are willing to act without clear actions for economic and energy reform being seen from the government.

The government is now shifting its focus to alternative energy security through a natural gas agreement with Israel as well as supporting small-scale solar projects. While these show the government’s commitment to finding alternative solutions for Lebanon’s energy crisis, its failure to implement economic and energy reforms in response to pressure from international financial organisations demonstrates its inability to curb the current crisis. The UN has said that Lebanon is at “a crossroad between rebound or collapse”, while the World Bank has labeled the crisis a “deliberate depression” due to “internal political discord; and mass brain drain”.

Saroj Kumar Jha, World Bank Mashreq Regional Director, stated “Deliberate denial during deliberate depression is creating long-lasting scars on the economy and society. Over two years into the financial crisis, Lebanon has yet to identify, least of all embark upon, a credible path toward economic and financial recovery.” He added, “The Government of Lebanon urgently needs to move forward with the adoption of a credible, comprehensive and equitable macro-financial stabilization and recovery plan and accelerate its implementation if it is to avoid a complete destruction of its social and economic networks and immediately stop irreversible loss of human capital. The World Bank reconfirms its readiness to continue to support Lebanon in addressing the pressing needs of its people and challenges affecting their livelihoods.”