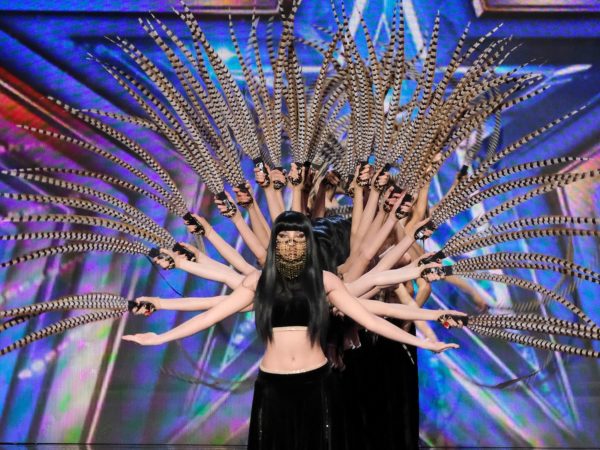 As was widely expected the amazing Mayyas wins America’s Got Talent’ top prize of $1 million
Share:

The amazing all female Lebanese dance group Mayyas made a shining return to the “America’s Got Talent” stage, earning high praise and hugs from “Modern Family” star and judge Sofia Vergara on the semi-final on Tuesday night.

“This visually, audibly, in every way is the best moment I have seen in AGT history,” said Mandel.

“Thirty-six women dancing as one,” said Vergara of their performance. “It’s magic.”

Cowell also jumped in on the praise, saying, “Every single one of us in this room, I promise you, are going to remember this moment. This is not just going to change your lives, and this is going to sound very dramatic, this is a performance that changes the world. It was as good as it gets … respect.”

Mayyas previously won season six of “Arabs Got Talent” in 2019 and participated in “Britain’s Got Talent: The Champions” in the same year as well.