“It’s time to walk away from a bad deal with Iran”: US Senator 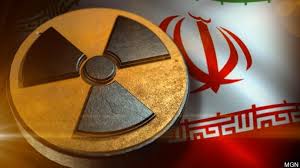 File photo : the United Nation’s atomic watchdog confirmed that Iran continues to produce uranium metal, which can be used in the production of a nuclear bomb in a move that further complicates the possibility of reviving a landmark 2015 deal with world powers on the Iranian nuclear program.
Share:

A senior US Republican senator says the insistence by the European Union and President Joe Biden on rejoining Iran’s nuclear deal – or the JCPOA – is a fool’s errand.

Senate Foreign Relations Committee Ranking Member Jim Risch (R-Idaho) made the remarks in a tweet on Monday, criticizing the proponents of restoring the nuclear agreement despite everything the Islamic Republic is doing.

“From assassination plots of former US officials, attacks on Americans, to disabling IAEA (International Atomic Energy Agency) monitors and continued support for regional terrorism… it’s time to walk away from a bad deal with Iran,” he said.

Recently, media with links to Iran’s Revolutionary Guard have suggested that Iran may build nuclear warheads “in the shortest possible time” if attacked by the US or Israel. Iran has now enriched enough uranium to 60 percent that if further enriched to 90 percent, the fissile material will be sufficient for a nuclear bomb within a few weeks.

Some Iranian officials have suggested that Iran is a nuclear threshold state but does not want or need a nuclear weapon and is only enriching uranium for energy and other civilian uses. They often add that Iran’s Supreme Leader has declared that the production, stockpiling and use of nuclear weapons are all forbidden under Islam (haram), in a fatwa, or religious edict, first revealed in a statement from Iran to the IAEA in Vienna in August 2005.

On Tuesday, Iranian lawmaker Mohammad-Reza Sabbaghian Bafghi said, “We will ask the Supreme Leader to change his fatwa and strategy on the prohibition of producing nuclear weapons if the enemies of the Islamic Republic continue their threats.”

For decades, the Iranian regime has oppressed its people, terrorized neighboring countries and undermined the stability of the entire region.

While the Iranian Revolutionary Guard Corps carries out terrorist campaigns abroad, Iranian security forces imprison innocent civilians at home, often for no other reason than because they were peacefully protesting the regime’s brutality. While Iranian drones loaded with ball bearings and shrapnel hit American facilities, the regime works to stockpile nuclear material and advance its nuclear program. While the regime spreads misinformation abroad, they promote and protect human rights abusers at home. Men like Ebrahim Raisi, ( the president of Iran).

This is someone who was actively involved in the 1988 massacre of as many as 30,000 political prisoners in Iran, a crime that he carried out after the supreme leader’s religious decree against the MEK, the People’s Mojahedin Organization.

This is someone who directed the brutal crackdowns against peaceful protesters in both 2009 and the more recent protests of 2019. That’s why the Iranian Revolutionary Guard Corps and the regime promoted this killer. They promoted him to consolidate their power. They promoted him to close off any room for Iranian citizens seeking to hold their government accountable.

And they promoted him as they stepped up regional terrorism operations and their push towards a nuclear weapon.