The real reason Xi is upset over Pelosi’s Taiwan visit 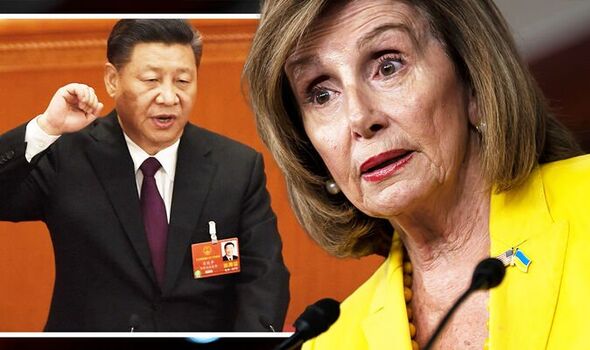 US House Speaker Nancy Pelosi’s (D-Calif.) visit to Taiwan has ignited major controversy even in her own party. Some say the Taiwan Straits are a powder keg and we can’t risk lighting a stick of dynamite, while others argue we can’t give into China’s bullying. But what is really eating at Chinese President Xi Jinping and why is China’s government so easily enraged when it comes to Taiwan?

The easy answer is to reunite a breakaway province from 73 years ago for the glory of China and to achieve territorial integrity over a land mass slightly larger than Maryland, that they’ve never actually ruled over.

That is too simple and outdated. At the heart of why China obsesses over Taiwan to the point they could conceivably start World War III is because Taiwan’s democratic success story is an existential threat to Xi Jinping’s legitimacy and authoritarian rule.

China’s leaders and propaganda machine constantly emphasize how “Western-style” liberal democracies, with all its advertised luxuries and freedoms, are a fool’s errand. They can’t work, especially not with Chinese sensibilities. There is no way to enjoy both freedoms and economic prosperity. You need our tough rules and order — our government surveillance, control and crackdowns — or you will live in chaos.

But Taiwan’s progress neatly destroys this narrative. Taiwan only became a democracy a quarter-century ago, but in that time has become the eighth-strongest democracy in the world with a vibrant, free-market economy. At a glance, the Taiwanese people are almost indistinguishable from the Chinese people. They use the same language, are vast majority Han Chinese ethnicity, and descend from the same thousands of years of Chinese history and culture before the 1949 civil war divided them. In fact, the largest collection of Chinese artifacts going back 8,000 years has since resided in Taiwan’s National Palace Museum when the fleeing Chinese Nationalists took nearly 700,000 pieces with them. (If visiting, I recommend the jade cabbage and pork belly stone.)

But the obvious, key difference between the mainland Chinese and Taiwanese people is what system of government rules over them. The Chinese government is afraid Taiwan will make too many Chinese people wise up to how their justification for authoritarian rule is bunk. Despite China’s highly sophisticated censorship systems blocking outside information, Taiwan remains a threat because of their deep interconnectedness and exposure to China. It’s the same reason why the Chinese government ruthlessly crushed Hong Kong’s freedoms and protests.

Even with ongoing geopolitical tensions, China remains Taiwan’s largest trading partner. Since 2008, China and Taiwan fully relaxed their previous travel restrictions and began allowing hundreds of direct flights between them for tourism, to visit relatives, to do business or to study. In the years immediately before the pandemic, more than 2.5 million Chinese citizens visited Taiwan annually. With this constant back and forth and intermingling, it’s inevitable mainland China will pick up on the notable perks of Taiwan’s democratic system.

For example, China and Taiwan were both proud of their initial COVID-19 response with some of the world’s lowest rates of infections. The difference? In China, the government enforced cruel COVID-19 lockdowns by forcefully separating parents from children for quarantine, and literally dragging uncooperative people through the streets.

In Taiwan, the government formed a central COVID-19 command center that held daily news briefings for public transparency. They used highly effective contact tracing through advanced technologies and provided rations of free masks to its citizens.

The Chinese government also knows that Taiwan will be harder and harder to roll back as it progresses, to eventually force the Taiwanese to integrate with mainland China’s regime. Taiwan is led by a female president, while China remains a highly patriarchal society with deep underrepresentation of women in power. Taiwan is the first and only Asian country with legalized gay marriage. In China, even allusions to fictional gay relationships must be censored, including from the films “Lightyear” and “Fantastic Beasts 3,” to the very real Freddie Mercury, depicted in “Bohemian Rhapsody.”

Meanwhile, Taiwan has a transgender woman Cabinet member. In China, however, being transgender is considered a mental disorder.

China constantly uses threats, economic coercion or bluster to quash any additional legitimacy Taiwan may receive exactly because it directly undermines their own. They cite issues of sovereignty and a three-quarters of a century historical grudge, but this is mostly misdirection. China sees the danger in a free Taiwan and so vows to end it.

Valerie Shen is vice president for national security at Third Way, a centrist think tank in Washington, DC. Follow her on Twitter: @ValerieShen