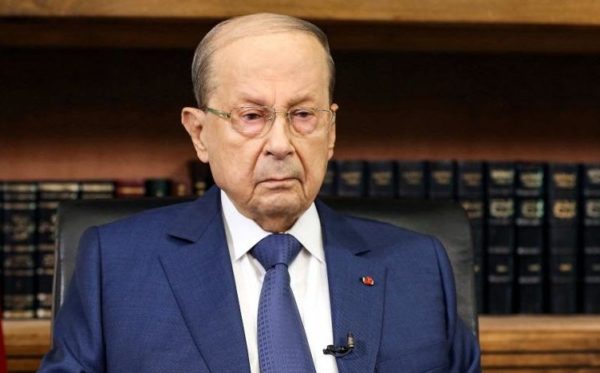 During president Michel Aoun’s tenure Lebanon is witnessing an unprecedented economic collapse that the World Bank has ranked among the worst in the world since the mid-19th century. Aoun and his political team failed to accomplish any significant reforms, “despite having the largest parliamentary and ministerial blocs,” The Lebanese currency lost more than 90 percent of its value and 4 out 5 Lebanese fell below the poverty line with the intensification of the crisis

Less than two months before the constitutional date that allows for the election of a new president for Lebanon, the severe economic and financial crisis that the country has been witnessing since the fall of 2019 continues to worsen.

The devaluation of the Lebanese currency, which has lost more than 90 percent of its value, is reflected in all aspects of life and is leading to soaring prices and increasing poverty among the Lebanese, the vast majority of whom are still receiving their salaries in Lebanese pounds.

When Aoun was elected president in 2016, one US dollar was equivalent to 1,500 LBP. Today, the rate is ranging between LBP 28,000-30,000 for one dollar. Experts are unanimously in agreement that a set of economic and political factors have caused the collapse, including the corrupt system of power that is based on sectarian quotas, in addition to incorrect financial policies that enjoyed political cover.

Former member of Aoun’s Free Patriotic Movement (FPM), Lawyer Antoine Nasrallah, believes that the president “bears part of the responsibility for the collapse by not having any plan to manage and overcome the crisis.”

According to Nasrallah, Aoun did not have a vision to deal with the new reality after the decision to default on the Eurobonds. He also covered the random government subsidy policy that led to the depletion of the reserves of the Central Bank.

The president has also failed to adopt a clear foreign policy even though the foreign ministers under his tenure were all affiliated with his political camp, according to the former FPM official.

He pointed that a recent decree, which was issued to earmark financial aid to charitable organizations, was also based on evident political quotas.

Furthermore, Aoun and his political team have failed to accomplish significant reforms, “despite having the largest parliamentary and ministerial blocs,” added Nasrallah.

They have “obstructed the formation of the government more than once, not because of a dispute over a political project, but because of a struggle over shares,” he underlined.

Although the crisis erupted in 2019 after the October 17 popular uprising, experts confirm that its features had started to appear much earlier.

She told Asharq Al-Awsat: “Several indicators confirmed that Lebanon was heading towards collapse, mainly due to the high interest on bank deposits in Lebanese pounds… The dollar’s reserve relative to foreign deposits was also suggesting that the situation is abnormal.”

Mansour noted that the financial engineering that took place in 2016 was the first indicator of the crisis.

“Those concerned with the financial situation were giving artificial doses of oxygen to the country at a very high cost,” she emphasized.

The actual collapse has not yet begun, warned Mansour.

“It will start with the announcement of the fate of bank deposits… The crisis is severe and strong, and the exchange rate crisis is unlike any other; it cannot be treated separately.”

She added: “Unfortunately, we are expecting the worst… Lebanon will remain for years dependent on foreign funds and loans, and the middle class will subsequently disappear.”

About 80 percent of the Lebanese people fell below the poverty line with the intensification of the crisis.

The unemployment rate has risen nearly three times as a result of the economic collapse, according to a recent survey by the Lebanese government and United Nations.

The Central Administration of Statistics in Lebanon and the International Labor Organization noted in a press release that the unemployment rate in Lebanon increased from 11.4 percent in the period between 2018 and 2019 to 29.6 percent in January 2022.

In addition, the scarcity of fuel leads to continuous power outages. The electrical supply is often limited to one hour per day, affecting all other services, such as water and communications.

“There is no way out of the current crisis except through the implementation of the recovery plan and the restructuring of public administrations, starting with Electricité du Liban [state-owned power company],” Financial and Economic Expert Walid Abu Sleiman told Asharq Al-Awsat.

“Without any radical reform measures, the situation will worsen as the poverty rate topped 85 percent. This may lead to a social explosion,” he warned.