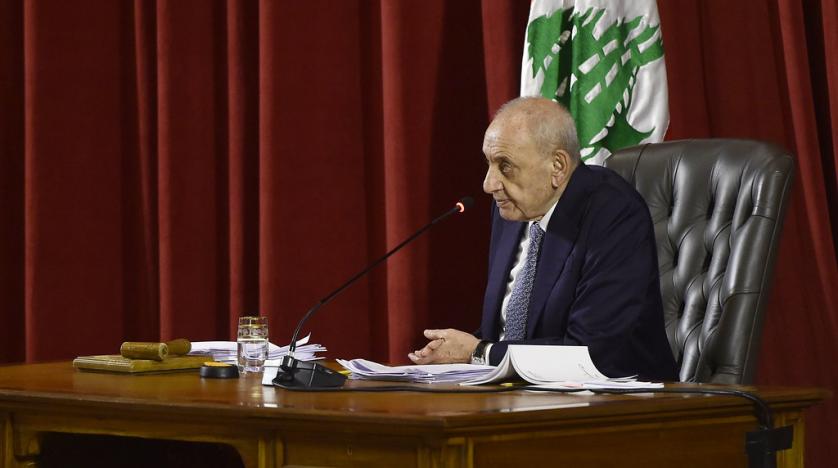 Beirut- Lebanon set the election of the Speaker of Parliament and his deputy for May 31, two weeks after the holding parliamentary elections.

Nabih Berri is the one and only candidate for Speaker and if he wins , would occupy the parliament for the seventh time since 1992.

According to the constitution the speaker must be a Shiite Muslim , the PM should be a Sunni Muslim and the president should be. a Maronite Christian .

Since all the anti Hezbollah and Amal candidates dropped out of the race for security reasons after being threatened and attacked on several occasions by Amal and Hezbollah thugs , only Hezbollah and Amal won parliament seats in the elections of last May 15

Berri, 84 , who has been the speaker for 30 years , leads the Amal Movement which is allied with the Iranian backed Hezbollah militant group . Hezbollah and its allies lost their majority in the parliament . They secured 58 seats down from 71 seats in the elections of last May 15 .

According to the constitution, the quorum required for the election of the speaker is 65 deputies.

The new independent MPs of the October 17th revolution and the two largest Christian Parliamentary blocs the Lebanese Forces and Free Patriotic movement declared that they will not vote for Berri as speaker .

While the the October 17th revolution MPs and LF are expected to maintain their position, FFM may change its mind in the last minute , because its founder , president Michel Aoun is allied with Hezbollah.

The main race is for the position of deputy speaker . There are several candidates for this position and they are: Elias Bou Saab (Free Patriotic Movement), Ghassan Hasbani (Lebanese Forces), Melhem Khalaf (October 17 revolution ), Sajih Atiyeh (Akkar) and Ghassan Skaff an independent backed by PSP (Bekaa).

Even though Hezbollah and its allies lost their majority in the parliament , the opposition is not united .

On Sunday, May 15, 41% of the nearly four million Lebanese registered voters voted , amid skepticism about the emergence of a government capable of rescuing the nation from complete collapse .