Monkeypox outbreaks: Here’s everything you need to know 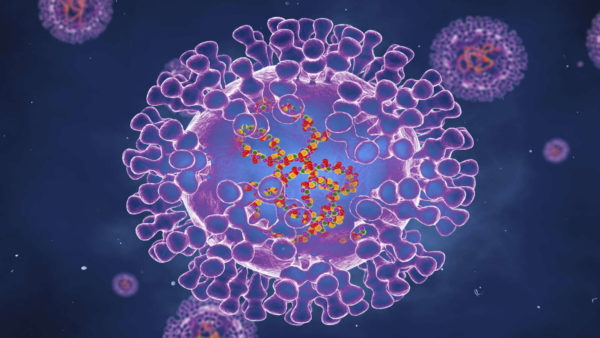 © Provided by Live Science Pox viruses (shown here in this illustration) like monkeypox are oval-shaped with double-strand DNA
Share:

Cases of the rare monkeypox virus are popping up in Europe and the United States, suggesting the smallpox-related virus is spreading locally rather than popping up due to travel to countries where the virus is endemic — primarily Central and West Africa.

The Centers for Disease Control and Prevention is investigating possible cases in the U.S., including a confirmed case in a man in Massachusetts. “CDC is urging healthcare providers in the U.S. to be alert for patients who have rash illnesses consistent with monkeypox, regardless of whether they have travel or specific risk factors for monkeypox and regardless of gender or sexual orientation,” CDC representatives said in a statement.

After about 100 cases were confirmed across Europe, the World Health Organization also announced Friday (May 20) it would hold an emergency meeting to discuss the outbreaks, Reuters reported. Though fears of another pandemic are likely high, experts don’t expect monkeypox to reach such levels of transmission, as the virus doesn’t spread as easily as SARS-CoV-2, the virus that causes COVID-19, according to Reuters.

Here’s what we know so far about monkeypox and the current outbreaks.

Monkeypox is a disease caused by the monkeypox virus (genus Orthopoxvirus). The virus is closely related to other “pox” viruses such as vaccinia, variola major and minor (which cause smallpox) and cowpox virus, according to the Centers for Disease Control and Prevention (CDC).

Monkeypox was first identified in 1958 in monkey colonies, and then again in 1970 in a human in what is now the Democratic Republic of the Congo. In subsequent years, monkeypox outbreaks have cropped up in areas across Central and West Africa, according to the CDC.

Monkeypox generally runs its course, resolving on its own, over a period of two to four weeks, according to the World Health Organization. However, severe cases can occur, and today about 3% to 6% of those infected with the disease die from it, the WHO noted. The risk of death is higher among young children.  Individuals younger than about 40 to 50 years of age may also be more vulnerable to monkeypox because smallpox vaccinations — which help protect a person from contracting monkeypox — stopped after that disease was eradicated, at different times in different countries.

The current cases of monkeypox seem to be genetically related to the variant that spreads predominantly in West Africa, and is less fatal — with a case fatality rate of around 1% in these remote regions, Nature News reported.

What are the symptoms of monkeypox?

Like many viruses, monkeypox begins with a fever, chills, fatigue, muscle aches and headache, but it also causes swollen lymph nodes, according to the CDC. By one to three days after a fever sets in, people may develop a rash that starts on the face and spreads across the body. The rash evolves through several stages before disappearing. First, macules, or light brown spots, crop up across the body. Next, so-called papules, which are raised bumps, appear. After that, the rash morphs into vesicles and pustules, which look like pus-filled pimples. Finally, these scab over and fall off. The disease typically takes two to four weeks to resolve, CDC notes.

How does monkeypox spread?

Monkeypox is a zoonotic disease, which means it usually spills over from an animal reservoir to humans. (The primary animal hosts are not known, but they could include a number of rodent or primate species, according to the WHO.)  The virus can also spread between people via sustained close contact. That close contact can occur via either skin lesions, respiratory droplets, bodily fluids or contaminated materials such as bedding, according to the WHO. Monkeypox is much less contagious than SARS-CoV-2, the virus that causes COVID-19. However, scientists are currently investigating the genome of some of these newer cases of monkeypox, to see if there are any mutations that may increase transmission, Nature News reported.

Can monkeypox be treated?

While no treatment has been tested and shown to be safe and effective, doctors may use a number of options to treat the infection, including antiviral drugs and vaccinia immune globulin (antibodies taken from the pooled blood of people who were immunized with the smallpox vaccine), according to the CDC. The smallpox and monkeypox vaccine can be used to prevent transmission of the disease to others, using what’s known as a “ring vaccination” strategy. In that system, close contacts of an initial case are vaccinated with the smallpox vaccine to prevent onward transmission, Live Science previously reported. This strategy is what ultimately led to the eradication of smallpox in 1980.

Where has monkeypox been detected?

So far, more than 100 cases have been reported across the world, with the majority of cases cropping up in Spain, Portugal and the U.K. There are also several cases tied to an outbreak near Montreal, Canada, one case in New York City and another in Massachusetts, The New York Times reported. Cases have also  been reported in Belgium, France, Germany, Italy, Sweden and Australia. Many of the cases are in men ages 30 to 55 who have had sex with men, according to The Washington Post.

If you think you have monkeypox, what should you do?

If you suspect you’re infected with monkeypox, contact your health care provider for treatment and contact tracing, particularly if you fall into one of the following categories, according to the CDC:

—You have traveled to Central or West Africa, areas in Europe reporting monkeypox or other areas with confirmed cases during the month before symptoms began.

—You have had contact with a person with confirmed or suspected monkeypox.

—You are a man who regularly has intimate contact with other men.

“If individuals are sick, they’re often sick for two to four weeks. It’s urgent to identify people early, get them treatment and identify contacts,” Andrea McCollum, a poxvirus epidemiologist at the CDC, told The Atlantic.