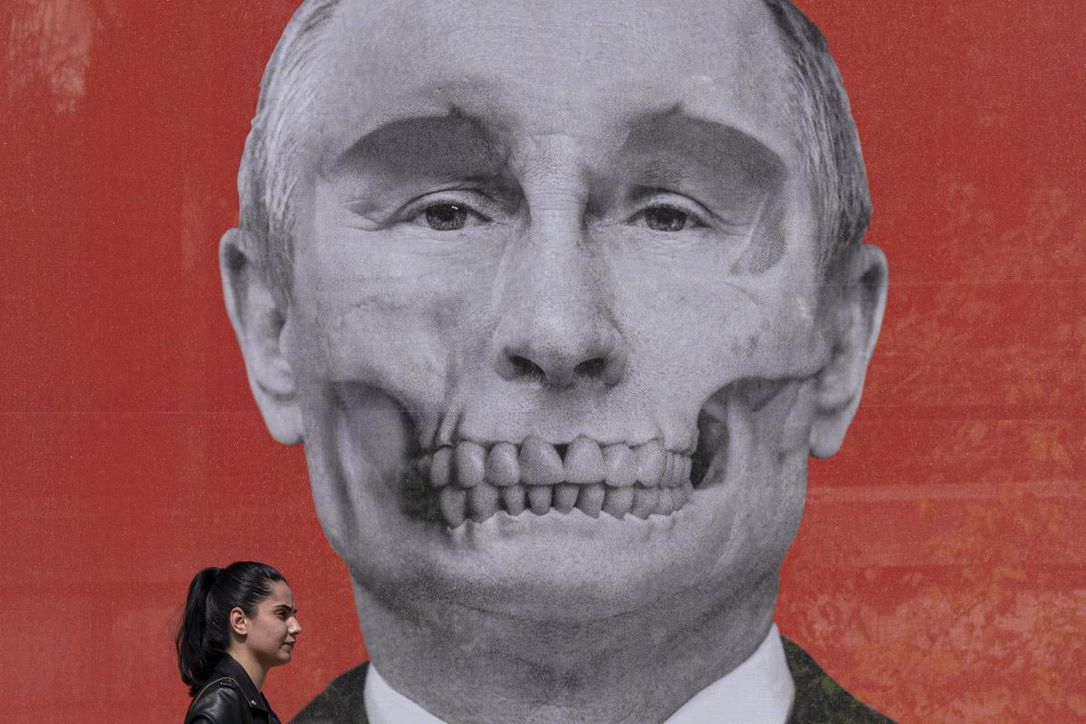 Vladimir Putin has failed to achieve his goal of dividing and weakening NATO. Instead, he has made it stronger, more united and, likely, bigger than ever. His nightmare became a reality
Share:

If there is such a force as cosmic justice, it is has just poked Russian dictator Vladimir Putin squarely in the eye.

When he launched the unprovoked invasion of Ukraine in late February, he began a war that has killed thousands and displaced millions largely to prevent that country from joining NATO and allowing the military alliance to expand along the Russian border — Putin’s border. Now, whether he wins or loses the conflict in Ukraine, he must contend with the growing likelihood of NATO doing exactly what he didn’t want it to do, and having a new NATO member cheek by jowls with Russia itself. He has only himself to blame for this turn of events.

Putin will rant. He will rage. He will spew more dastardly threats. But he will not deter Finland and Sweden from becoming full-fledged members of NATO in the near future if that is their decision. Nor should he be allowed to. Both Finland and Sweden have until now been staunchly neutral, hoping such a stance served their national security interests and offered insurance against being dragged into one of the European wars that led to the deaths of tens of millions of people in the 20th century. Finland became neutral after being defeated by the Soviet Union — forerunner of the greater Russia Putin aspires to create — during the Second World War. As for Sweden, it has steered clear of all military alliances for more than 200 years.

Everything changed when the Russia tanks rolled into Ukraine, when Russian missiles began turning Ukrainian cities into ashes, when Russian soldiers began raping women and shooting bound captives in the back of the head. For two months, Finns and Swedes along with much of the rest of the world have witnessed the carnage, destruction and war crimes going on in Ukraine. Ukraine was not even part of NATO, but even the slender possibility it would join the alliance became a pretext for Russian aggression.

Finland and Sweden have reassessed their neutrality and the existential risks they face going forward. They have seen how NATO members — including Canada — have supplied Ukraine with enough sophisticated weaponry to avert what initially seemed a certain Russian victory. There are still, among Finland’s elderly population, people with a personal memory of Russian brutality from the 1940s. They can testify as to why there should be no repeat of it. They know their nation shares a 1,340-kilometre border with a Russia that suddenly seems too close for comfort.

Traditionally, Finland has had strong bilateral ties with Russia, ties that until recently made NATO membership highly problematic. Putin’s flouting of international law and the most basic standards of human decency have dispelled such doubts. In January, 28 per cent of Finns favored joining NATO. In the weeks after Putin invaded Ukraine, that number rose to 61 per cent. And last week, Finland’s president and prime minister jointly announced their country should immediately apply for membership in NATO. The odds are that the Finnish parliament will support the plan. Sweden could well follow Finland’s lead this week.

NATO will not change overnight. The application process for each country will take months before final decisions are made. But NATO Secretary-General Jens Stoltenberg has already declared the alliance would welcome Finland and Sweden with open arms. The Russian response has been predictably threatening. The Kremlin has warned it will be compelled to take retaliatory “military-technical” steps, without specifying what they might be. That, and Russia’s considerable nuclear arsenal, should convince NATO’s members to move forward with care. But there is a strong argument that liberal democracies such as Finland and Sweden are fully deserving of the protection NATO membership would provide.

Such a development would also serve as the kind of major and overdue reproof of Putin’s actions that would make other powerful Russian leaders take note. Putin invaded Ukraine to forestall the expansion of NATO, to limit an alliance that might stand up to his tyranny and to prove the prowess of the Russian military he has helped create. How ironic then that NATO is poised to expand in a way that will leave Russia surrounded by NATO countries in the Baltic Sea and the Arctic. Putin has failed to achieve his goal of dividing and weakening NATO. Instead, he has made it stronger, more united and, likely, bigger than ever. Meanwhile, his stature has been diminished. He is reaping the bitter harvest he sowed. Let us hope his fellow Russians now hold him accountable and insist on ending the war in Ukraine.