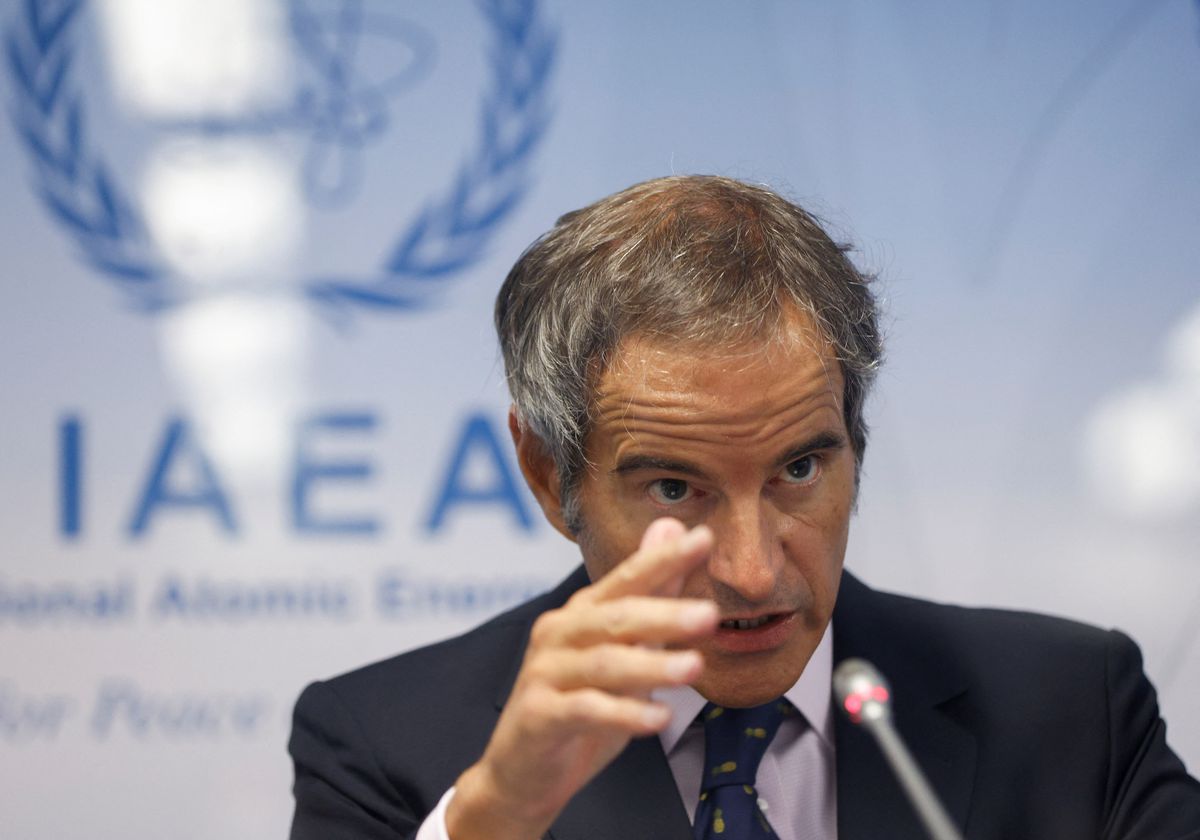 BRUSSELS/PARIS,- The head of the United Nations’ atomic watchdog said on Tuesday Iran was dragging its feet on information about uranium particles found at old undeclared sites in the country, raising the prospect of a clash on the issue in June.

Talks to revive Iran’s 2015 nuclear deal with world powers have been on hold since March, chiefly over Tehran’s insistence that Washington remove the Islamic Revolutionary Guard Corps (IRGC), its elite security force, from the U.S. Foreign Terrorist Organization (FTO) list.

While not technically part of the nuclear deal, one issue causing tension and distrust between Tehran and the West had been Iran’s demand for the closure of the International Atomic Energy Agency’s investigation into uranium particles found at three apparently old but undeclared sites.

Those sites suggest that Iran had nuclear material there that it did not declare to the agency.

Iran and the U.N. nuclear watchdog had agreed a three-month plan on March 5 for a series of exchanges after which IAEA chief Rafael Grossi “will aim to report his conclusion by the June 2022 (IAEA) Board of Governors” meeting, which begins on June 6.

However, Western diplomats have said there is little sign that Tehran has given satisfactory answers to the watchdog.

Speaking to the EU parliament, Grossi said he remained extremely concerned by the situation and had told Iran that he found it difficult to imagine that the nuclear deal could be finalized if the IAEA had serious doubts about things that it should have known about.

“I am not trying to pass an alarmist message that we are at a dead end but the situation does not look very good. Iran has not been forthcoming in the type of information we need from them,” Grossi told European Parliament committees via webstream.

The EU’s Iran nuclear talks coordinator Enrique Mora arrives in Tehran on Tuesday in what he has described as the last bullet to save the deal, which also includes Russia, China, France, Britain and Germany.

Western officials have largely lost hope that it can be resurrected, sources familiar with the matter said, forcing them to weigh how to limit Iran’s atomic program even as Russia’s invasion of Ukraine has divided the big powers.

“We are, of course, still hopeful that some agreement is going to be reached within a reasonable time frame, although we have to recognize the fact that the window of opportunity could be closed any anytime,” Grossi said.

No deal Is better than a bad deal

US Democratic Senator Bob Menendez (NJ) has reiterated that no nuclear deal with Ian is better than a bad deal.

Menendez said on Sunday that, “It’s 2022. It’s not 2014. Some of the original deal sunsets are even closer… to ending a pathway where Iran could ultimately achieve its goal,” a reference to the belief that Tehran is bent on producing nuclear weapons.

His remarks came as negotiations between Tehran and world powers seem to have come to a dead end while the European parties are making a fresh push to revive the talks.

There is bipartisan opposition in Washington and anger among the US Middle Eastern allies over the prospect of the terrorist designation of IRGC being removed.