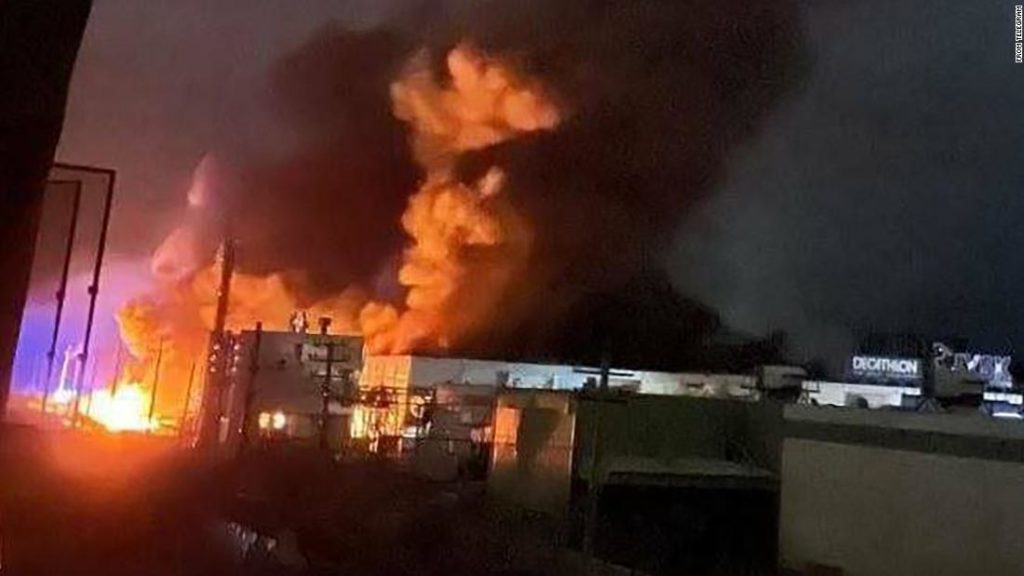 Ukraine says Russian missiles hit a shopping mall a hotel and a warehouse in Odesa
Share:

Seven missiles were fired in the attack, which hit a shopping mall and a warehouse in the key port, killing at least 1 person and injuring 5 others, Ukrainian officials said.

Russia fired a barrage of missiles at Odesa, the crucial Black Sea city, as Ukrainian President Volodymyr Zelenskyy warned that the blockade of the port and others like it was threatening the world’s food supply.

Seven missiles were fired in Monday’s attack, which hit a shopping center and a warehouse, killing at least one person and injuring five others, Ukrainian officials said. Meanwhile in Izyum, a strategic eastern city under Russian forces’ control, the local governor said early Tuesday that 44 bodies were discovered beneath the rubble of a residential building destroyed earlier in the war.

After more than two months of conflict, Russian President Vladimir Putin offered no sign this week of whether he intends to escalate the war, with his troops struggling to make progress in their eastern offensive and analysts warning that they lacked the resources for a protracted fight.

Russian troops are “are gradually being pushed away” from the northeastern city of Kharkiv, Ukrainian President Volodymyr Zelenskyy said in a video address Tuesday.

“The armed forces of Ukraine are doing everything to liberate our land and our people,” Zelenskyy said, more than two months after Russia attacked and invaded his country in what Western nations have condemned as an unprovoked assault.

Pentagon press secretary John Kirby said on MSNBC that Ukrainian forces have had success and have been pushing Russian forces east, away from Kharkiv.

But Kirby said that Russia, which is focusing an offensive on the eastern Donbas region, has a numerical superiority.

“They have a lot of combat power still available to them,” he said. “And now they’re concentrating all that power in a much smaller area of Ukraine.”