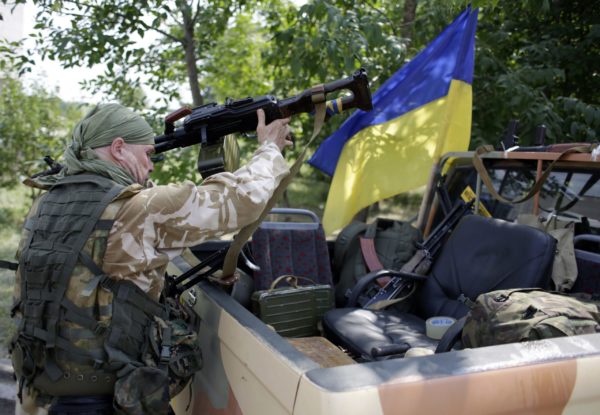 Ukrainian servicemen prepare for redeployment after reading a village from the Russian troops started inching closer towards Russian border
Share:

Ukrainian forces have retaken another village in the northern Kharkiv region as a counteroffensive continues against Russian forces.

In a video circulating Telegram, troops were seen placing a flag on a building in the village of Molodova, just 13 miles southeast of the Ukraine-Russia border. CNN has geolocated and verified the authenticity of the video.

“This is how we liberate,” a soldier is heard saying in the video. “Step-by-step, village-by-village. Our land.”

The counteroffensive to retake territory in Kharkiv has retaken a number of villages — about half a dozen in the area — in the last two weeks.

Not only are forces in the region nearing the Russian border, but they are also inching closer to vital Russian supply lines that run from the border down to Russian-occupied Izium and into the Donetsk region.

Resupplying forces in Izium and the northern Donetsk oblast is critical for the Russian advance in western Ukraine. The majority of the fighting, and shelling, in Ukraine is taking place in the Donetsk and Luhansk regions.

Russian forces there are aided by Russian-backed separatists in both Donetsk and Luhansk.