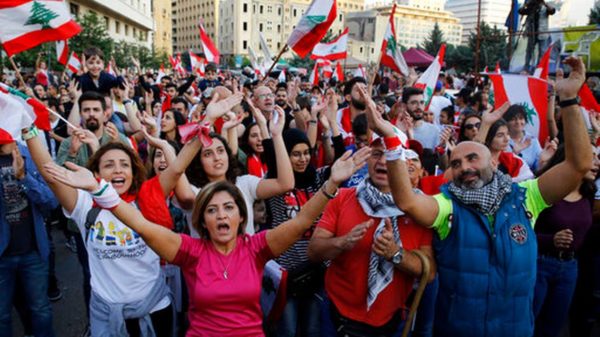 in his last May 1st speech as the president of the republic President Michel Aoun greeted Lebanese workers as the country marked Labor Day, pledging that he will continue to work for “transforming Lebanon’s economy from a rentier economy into a productive one.”

Workers’ rights evaporated in Lebanon under Aoun . No decent jobs for most people, Their life savings were stolen by the state and were forced to emigrate to earn their living

Under Aoun Lebanon has become an occupied country , thanks to his deal with Hezbollah that got him to the Baabda presidential palace . Lebanon is now considered an Iranian colony that is admInistered by its proxy Hezbollah .

Under Aoun Lebanon defaulted on its foreign debt for the first time ever,

Aoun, whose term ends in October has been trying to have his son in law Gebran Bassil as his replacement . Bassil is the most despised politician in Lebanon and many refer to him as the “face of corruption” in the country