Yemen’s new leader warns Houthis: “Our first option is peace, but we are ready for war 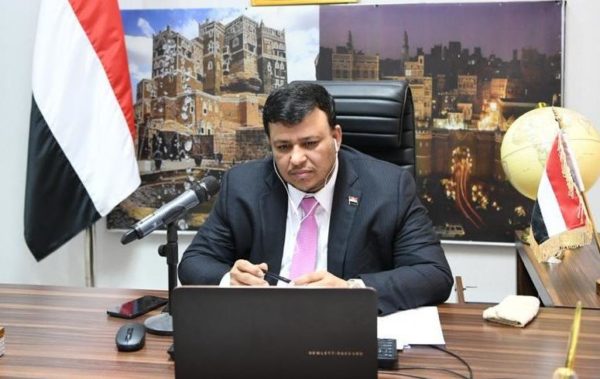 RIYADH: Yemen’s new leaders are “ready for war” should the latest push for peace with Houthis fail, but a senior official said they genuinely want the years-long conflict to end soon.

“Our first option is peace, but we are ready for war,” Dr Abdullah Al-Alimi said in his first interview since being named to an eight-member leadership council tasked with running the country after President Abed Rabbo Mansour Hadi stepped down earlier this month.

“We believe the council is in a position, with the coalition support, to score a decisive military victory,” Al-Alimi said in Riyadh.

Hadi’s April 7 announcement handing power to the council came at the end of talks in Riyadh that brought together all anti-Houthi factions.

The developments followed the start of a renewable two-month truce.

“We hope the dire situation in Yemen will make people have a desire to leave personal and partisan interests behind in pursuit of peace,” said Al-Alimi, formerly Hadi’s chief of staff.

He said council leaders are due to meet in the coming days with UN special envoy to Yemen Hans Grundberg.

The new council has not yet decided how long it will give the Houthis to join talks, Al-Alimi said.

If the push for peace goes no-where, the newly aligned anti-Houthi forces are positioned to pursue “a concerted multifront campaign” against the militia, said Peter Salisbury, senior Yemen analyst for the International Crisis Group.