Twitter’s poison pill, Elon Musk’s ‘plan B’: 6 possible scenarios of what happens next 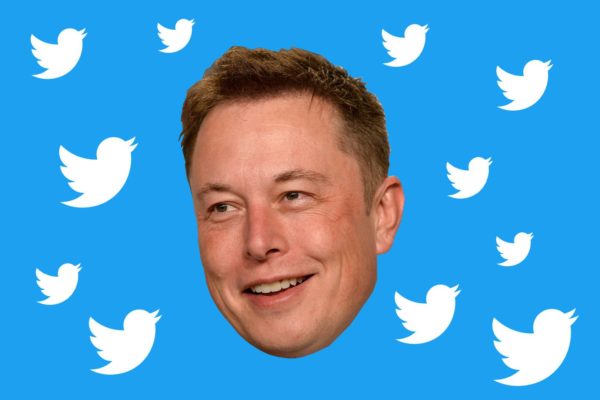 ELON Musk is planning to make good on his promise to find new revenue streams for Twitter.
Share:

What Elon Musk’s next move will be in his standoff with Twitter is the question on the lips of the most-connected people in Silicon Valley and Wall Street this weekend. “This is the type of process that’s going to become incredibly disruptive and drags on,” says one former high-ranking Twitter executive, observing happily from the sidelines. It could be any of the three above. Or a mix. Or something else entirely.

On Friday afternoon, Twitter’s board said it had approved a poison pill strategy, a move public companies have used since the 1980s to protect themselves against encroaching investors like Musk. Musk has offered $54.20 a share for Twitter, valuing it at around $43 billion, and the poison pill signals the board doesn’t think it’s a good enough offer. That represents a roughly 38% premium over the point Musk disclosed his Twitter stake but nearly a quarter less than the market value Twitter stock had as recently as last July.

Based on conversations with analysts, people at Twitter and those who’ve worked there in the past, here’s an educated guess as to the possible scenarios ahead. It’s tough to be sure with Musk–the guy who once joked about privatizing his own company and made his bid function as a weed joke–at the center of it all.

Speaking at a TED conference Thursday, Musk insisted he had a ‘Plan B.’ And while he also insisted the $54.20 a share offer would be his “last and final” overture, it’s certainly possible that Musk, the world’s richest person, could afford to keep pressing down. He’d need to sell Tesla stock or take out a loan to do so, and he has said he has brought on Morgan Stanley to advise him. His proposal has gotten a lot of support on Twitter—for a guy who lives on Twitter and likes to bask in the attention of his 81 million followers there, this is important. And a significant portion of the Wall Street analysts who follow Twitter stock think it’s a good price.

“We realize that a take-it or leave-it offer is not ultimately how shareholders or a board of directors want to negotiate, but we would urge both to take this offer and run,” says analyst Michael Nathanson, one of the sharper-minded observers of the digital media realm.

As it turns out, he was being serious about the “last and final” nature of his intentions. This was all some sort of expensive digital performance art/trolling. He’s had his fun. The stock has gone up, and if he sells out slowly and carefully, he’ll probably walk away with $500 million or more in gains. Not bad.

Musk puts together a consortium.

Musk could team up with another rich person or several of them. Or with an institutional buyer, like a private-equity firm. Sharing the financial burden would eliminate how much Tesla stock he’d need to sell or how big a loan he’d need. It would also help answer one vein of criticism around the Musk bid that early Twitter investor Fred Wilson voiced publicly on Thursday. “Twitter shouldn’t be owned by one person,” he tweeted, arguing that a platform functioning as one of today’s most vibrant places for dialogue shouldn’t get to be controlled by a single force.

It’s possible that Musk’s bid isn’t the last hostile proposal for Twitter in the immediate future. According to the New York Post, billionaire Orlando Bravo’s PE shop, Thoma Bravo, is actively considering making an offer. Twitter has been a target in the past, most recently of Elliott Management, the activist investing firm that took a stake in 2019. The company has a long, tortured history with considering selling itself, the ongoing consequence of its cultural relevancy outweighing its financial performance.

A poison pill is one popular defense against an attacking investor. Here’s another: The besieged company finds an acquirer it likes better, someone who will keep management and the company’s current trajectory intact. This could happen if Musk stays involved and keeps pressuring Twitter. It could happen if Musk departs and another unprompted buyer swoops in.

Twitter doesn’t seem to think this whole thing is over. After initially hiring Goldman Sachs to counsel it, Twitter has reportedly hired a second bank, JP Morgan. You don’t get yourself more bankers if you don’t think you’ll need more bankers.

He gets tired of toying with Twitter but is still determined to make his vision of free speech come to fruition. (He has argued that Twitter and other social media platforms unfairly hamper discussion, repeating a familiar criticism from conservatives.) He takes his immense amount of capital and creates his own social media platform, which would compete with others like Donald Trump’s Truth Social.

It’s the least likely scenario, since Truth Social’s own struggles to launch make it clear it’s hard to build a Twitter competitor from scratch. Then again, as Morningstar analyst Ali Mogharabi points out: “If he can actually raise $43 billion in cash to purchase the company, then one could also consider that, if he’s rejected, he could actually still attempt to raise that capital to create a similar social media platform.”