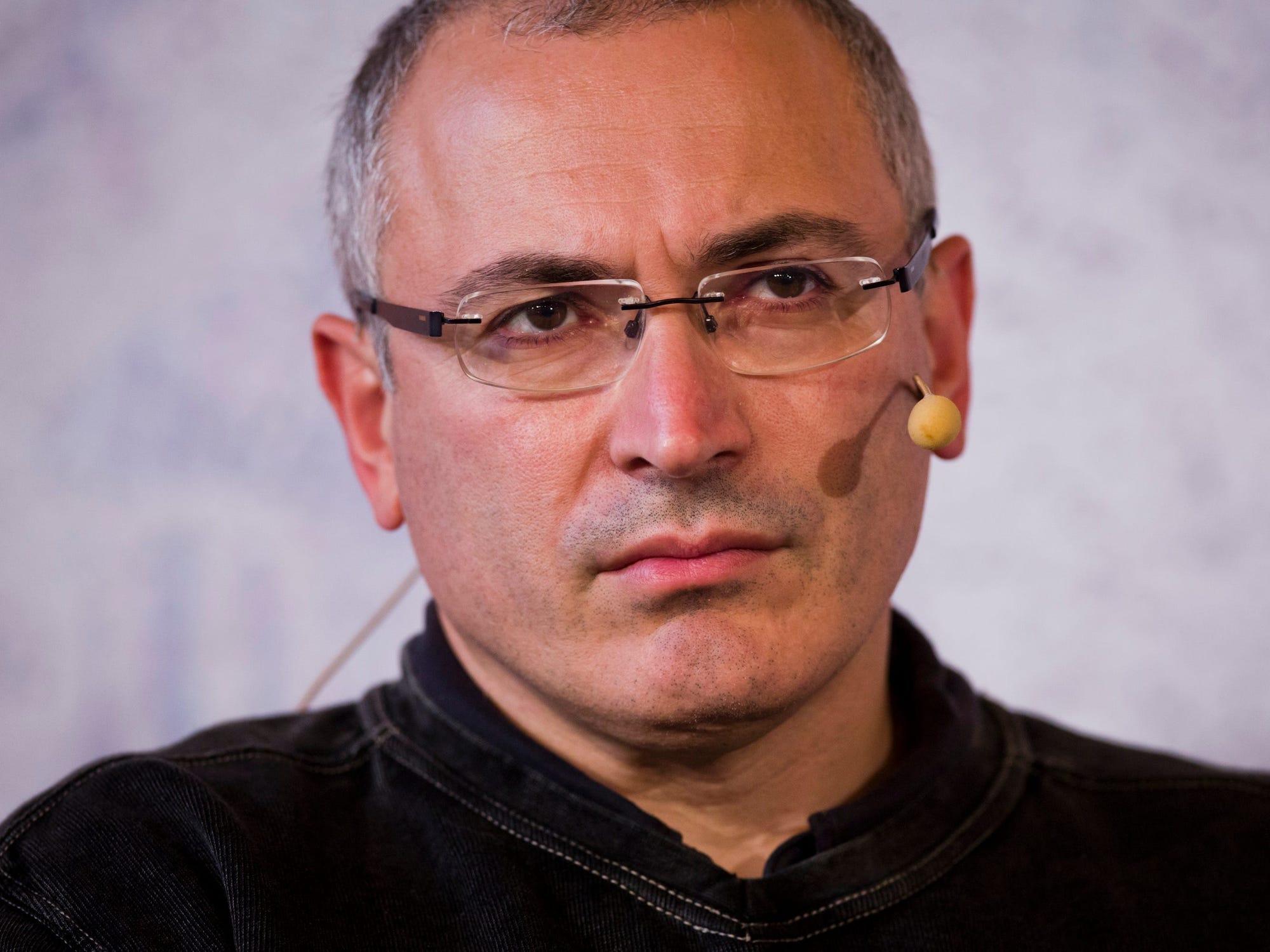 d Russia need to speak up against Putin.”You should step up to the microphone and say that Putin is a war criminal,” he said.
Share:

Mikhail Khodorkovsky, a self-exiled Russian oligarch, said other Russian billionaires and officials who have left the country should publicly condemn President Vladimir Putin or risk appearing like they’re working for the Kremlin.

“Public figures cannot leave quietly and then sit quietly. If you have left, then you should publicly dissociate yourself,” Khodorkovsky said in an interview with The Washington Post, adding that if they don’t people “should be forced to suspect that you are acting” on the Kremlin’s behalf.

“You should step up to the microphone and say that Putin is a war criminal and that what he is doing is a crime, that the war against Ukraine is a crime. Say this, and then we’ll understand that Putin doesn’t have a hold over you,” Khodorkovsky continued.

Khodorkovsky, an outspoken Putin critic, was once Russia’s richest man until his arrest in 2003 on charges of fraud and tax evasion, a move that he has said was politically motivated. His oil company was taken over by the Russian state and he was imprisoned for nearly a decade until his release in 2013.

In his comments to The Post, Khodorkovsky was referring to oligarchs Mikhail Fridman and Pyotr Aven of Alfa Bank, who left Russia after its invasion of Ukraine. They were among the oligarchs hit with crippling sanctions by UK and the European Union.

Khodorkovsky was also referring to Anatoly Chubais, who was serving as Putin’s international envoy until before stepping down and leaving Russia last month. Chubais is the high-ranking official to leave Russia since the war began.

In another interview with CNN on Sunday, Khodorkovsky also said he thinks Putin went “insane” after Ukrainians did not welcome the Russian invasion.

“The fact that the people in Kharkiv did not meet him with flowers, it not only just angered him, I really think it drove him literally insane. That’s when he started bombing Kharkiv and Kyiv,” he said