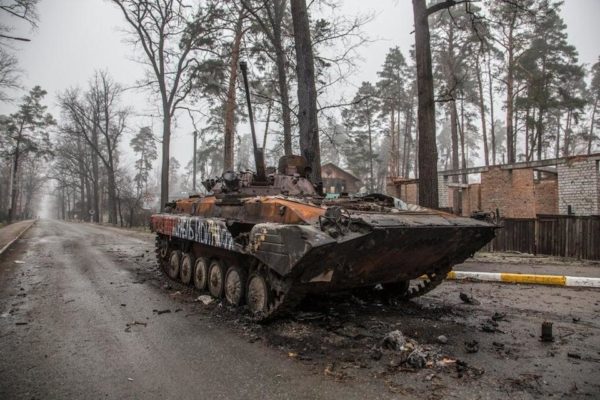 A Ukrainian official said the nation has regained control of the capital city of Kyiv, while chances appeared better for peace talks ahead.

Ukraine’s Deputy Defense Minister Hanna Malyar, in a Facebook post Saturday, said that the “whole Kyiv region is liberated from the invader.” Russia did not immediately comment, and CNBC could not independently verify the claim.

In another development, the possibility of peace talks between Ukraine and Russia seemed to advance Saturday. Draft peace treaty documents have moved along far enough for Ukrainian President Volodymyr Zelenskyy and Russia’s Vladimir Putin, according to Ukrainian negotiator David Arakhamia.

That news came as Ukraine’s Ministry of Foreign Affairs claimed Saturday about 18,000 Russian military forces have been killed since the start of the invasion. At that level, the number of Russian military personnel claimed killed in Ukraine exceeds the high end of an estimate by NATO of 7,000 to 15,000 Russian troops killed.

Russian air activity has increased over southeastern Ukraine in the past week as invading forces shift their efforts to that part of the country, the U.K. Ministry of Defence said in its daily intelligence update.

However, Ukrainian anti-air capabilities still pose a “significant” challenge to Russian warplanes and helicopters, which have been unable to locate and destroy Ukrainian air defense units, the ministry said Friday night.

“Russia’s inability to find and destroy air defence systems has seriously hampered their efforts to gain broad control of the air,” the ministry said, “which in turn has significantly affected their ability to support the advance of their ground forces on a number of fronts.”

The southeastern part of Ukraine would include the port city of Mariupol, which has been largely destroyed by Russian siege.

Russian ground forces attacking in the north have been pushed back from the capital Kyiv over the last week.