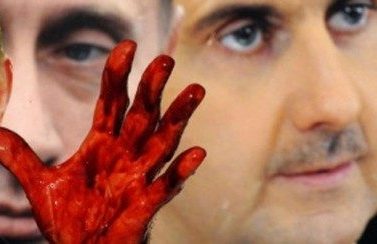 As Russia’s war machine grinds into the third week of its brutal invasion of Ukraine, President Vladimir Putin has launched a recruiting operation in the Syrian Arab Republic in an effort to attract reinforcements for his armed forces.

Commentators believe the announcement is in part due to Russia’s poor planning of the war, which has led to many Russian soldiers being killed.  Last week a U.S official told CBS News the number of Russian deaths could be between 5,000 and 6,000.

Putin and his defense minister, Sergei Shoigu, recently declared that as many as 16,000 combatants from the Middle East will enter the Ukrainian war on the side of Russia. The promised pay, according to news reports, is around $3,000 per month.

“It appears that Russia has opened 14 mercenary recruitment centers in Syria in territories controlled by the regime of Bashar al-Assad (Damascus, Aleppo, Hama, Raqqa and Deir ez-Zor),” Theodore Karasik, a fellow on Russian and Middle Eastern Affairs at the Jamestown Foundation in Washington, told Fox News Digital. “After a short training, the mercenaries will be transported to Russia through the Khmeimim Air Base by two Tu-134 (up to 80 passengers) and Tu-154 (up to 180 passengers) aircraft to the Chkalovsky Air Base, Moscow region.”

Karasik added that “We need to be aware that there is an information war ongoing regarding the recruitment of fighters by multiple parties to this conflict. There is some evidence that these fighters will enter into the battle space in greater numbers in the coming weeks.” The battle space, he continued, “is being prepared for partisan warfare and taking lessons learned from Grozny and Syria are going to be important for all actors. Recruitment drives are robust and supported by state actors.”

Service members gather in a square during head of the Chechen Republic Ramzan Kadyrov’s address, dedicated to a military conflict in Ukraine, in Grozny, Russia, Feb. 25, 2022.  (REUTERS/Chingis Kondarov)

Grozny saw intensive urban warfare conducted by Russian forces during the initial stages of the First Chechen War in 1994-95 and the Second Chechen War in 1999-2000, with some military observers claiming they are now doing the same with Ukraine.

Karasik said the recruiting effort is about applying Syrian fighters’ capacity in another theater because of the experience they acquired in the long civil war. “I think it’s a mixed picture because of the multiple groups [in Syria] and how they’ve split and come back together again,” he said. “So really, it’s about the quality of the recruits, and what we need to look at next is who are they really sending? Who is signing up for this? How do they guarantee the quality of the fighters?”

Brig. Gen. Ahmad Rahal, who resigned in protest from the Syrian military in 2012 over the policies of President Bashar Assad and joined the opposition Free Syria Army, told Fox News Digital that the Russians will use the Syrian and other mercenaries to carry out the “dirty tasks” of fighting in the cities, which will lead to more civilian deaths and it will help them avoid being blamed for the war crimes.

He added, “As a military observer, it is clear that the Russian army had to change its military plans. At first the Russians wanted a classic war, a war of armies, and the task assigned to the Russian army was a lightning and quick operation that President Putin called a ‘special operation’ through which the Ukrainian army would be crushed and then the leadership would collapse political in the capital Kyiv, but this did not happen.”

Rahal said his information about the forces coming to fight in Ukraine included the following units: the 4th Division, commanded by Assad’s brother; the Syrian army’s special forces; the republican guard; the 25th division; the Russian backed 5th Corps; and “the Palestinian Al-Quds Brigade, which is fighting with the Assad army (their nationalities are Palestinian and Syrian); and the National Defense Forces militias (Syrian mercenaries who have been fighting alongside the army since the start of the Syrian revolution in 2011).”

The Assad regime has been engulfed in war since 2011, when the Syrian dictator launched a violent crackdown on citizens seeking democracy. Russian forces intervened in 2015 to crush the revolt. The Syrian civil war has resulted in over 500,000 deaths.

Retired Col. Richard Kemp, who commanded British troops in Afghanistan, told Fox News Digital, “It’s not clear how many Syrians or other fighters from the Middle East are likely to answer Russia’s call. They will have to be paid significant amounts to volunteer to do so. There is no doubt that among them will be Islamic State jihadists who might be looking to stay in Russia or even travel on from there to Western Europe. They are likely to be disappointed if that is their aim, unless Putin is looking to help some of them infiltrate westwards.

Kemp noted that “Middle Eastern fighters will be used to a completely different form of conflict than they will find in Ukraine. They are unlikely to be a match for well-armed and organized Ukrainian forces, but Putin will be happy to throw them away as cannon fodder.”

Rahal concluded with this warning: “As a Syrian general, I refuse to push the Syrians into that war that Putin declared against the peaceful people of Ukraine. Putin wants to achieve political and personal goals at the expense of the Ukrainian people, and this is what Putin did before here in Syria.”