Meet the Yale professor behind the stampede of companies leaving Russia 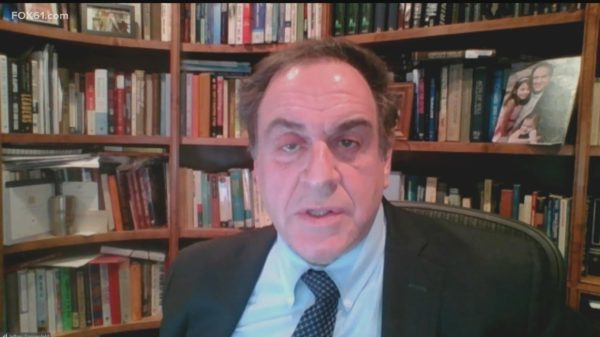 Yale Professor Jeffrey Sonnenfeld  , the founder and CEO of the Chief Executive Leadership Institute and the frequent host of off-the-record discussions with business leaders , published a tabulation of companies that have disengaged from Russia—and those that haven’t. The list is being closely watched by media organizations and corporate leaders.  and encouraging more firms to reconsider their presence there. The media has been crediting for the stampede of companies leaving Russia

Yale School of Management- A growing list of companies that have disengaged from Russia assembled by Professor Jeffrey Sonnenfeld is getting media attention around the world—and encouraging more firms to reconsider their presence there.

Sonnenfeld and his team began tracking companies suspending or ending their activities in Russia on February 28, four days after Russia invaded Ukraine; initially, the list amounted to a few dozen. It has now grown to more than 300. A second list collects major companies that retain “significant exposure in Russia.”

The list has been cited hundreds of times in media reports—and according to the New York Times and the Washington Post, has been a factor in additional companies announcing withdrawal.

The list “is a focus for a variety of stakeholders, and a major point of discussion in the boardrooms of companies highlighted because they have yet to disclose their Russia plans,” wrote the Times’ DealBook.

The Post notes that Sonnenfeld, the founder and CEO of the Chief Executive Leadership Institute and the frequent host of off-the-record discussions with business leaders, has spent decades pushing companies to take a stand on social issues. “But nothing has drawn as much attention or support from business leaders, media, or the public as his inventory of companies that have cut ties with Russia.”

Full list of companies that pulled out of Russia

With companies scrambling to respond to fast-moving events, Sonnenfeld told the Post, “what these lists do is give courageous CEOs the confidence to keep going, and the wannabe courageous ones the reinforcements to deal with their boards so they come off as responsible business leaders when they can see a stampede of their peers leaving Russia.”

Companies that have not yet pulled to of Russia

In a report from CBS News, Sonnenfeld said that actions by individual companies were key to isolating Russia.

“The ultimate goal is to help companies work in concert with…governments that have exacted economic sanctions” against Russia, Sonnenfeld said. Sanctions “rarely succeed alone. They need fairly universal support of the business community to truly paralyze an economy.” Companies’ withdrawal from South Africa in the 1980s helped bring down apartheid, he noted.