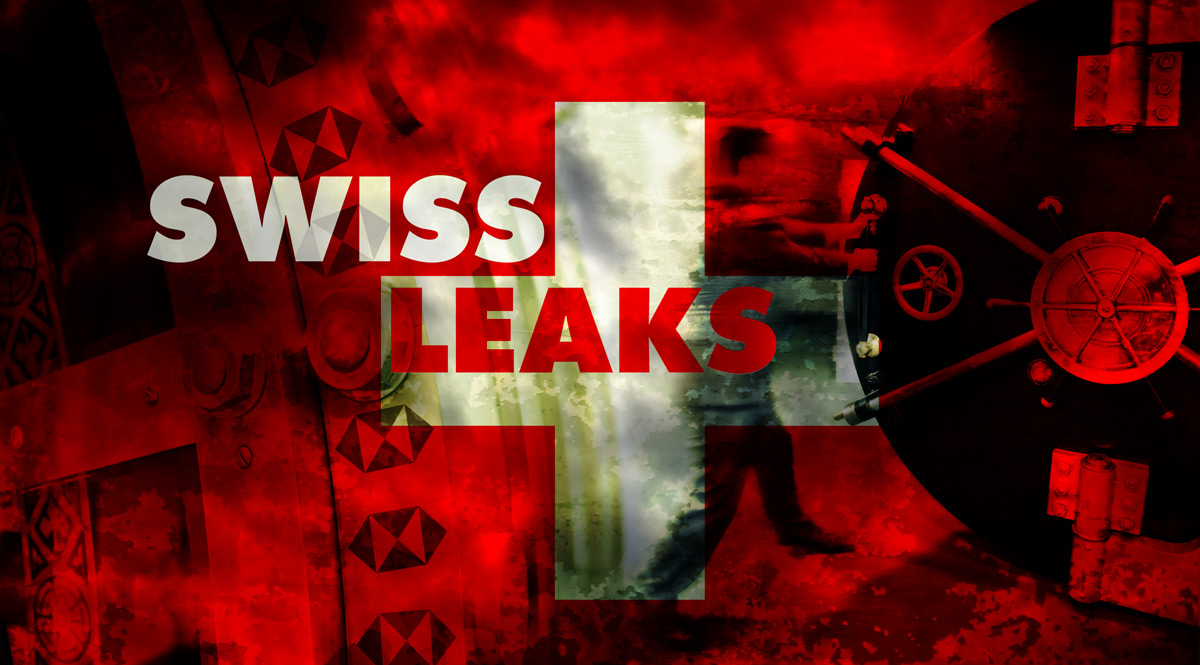 Clients linked to Lebanon held more than $4.8 billion in HSBC Geneva accounts in 2007 – 20% of the country’s GDP that year.

The interactive report also breaks down the money in HSBC accounts by country – which gave some interesting results in the Middle East. Shocking? We think not.

It’s probably not surprising to anyone that Saudi and Emirati citizens had billions in the Swiss bank – $5.8 billion and $3.5 billion respectively – but billions from Lebanese and Egyptian citizens – $4.8 billion and $3.5 billion respectively – strike us as slightly more suspicious.  Saudi Arabia was No. 11 on the list, by dollar amount, while Lebanon was just one spot behind at 12. Egypt was ranked No. 20, the UAE was 22 and Turkey was 23.

The amounts, based on account holdings over a four-month period in 2006-2007, don’t imply any wrong doing or illegality, as there are legitimate reasons for holding a private Swiss bank account or trust, but the sheer amount of wealth flowing through just one bank is staggering.

To put it in perspective for the reader, Lebanon’s figure represents 20 percent of its 2007 GDP, a staggering sum for such a small country. The 4,450 accounts, for 2,998 clients, that the ICIJ report listed as linked to Lebanon represent accounts held by Lebanese citizens or linked to Lebanese companies and bank accounts.

The ICIJ report did not name every client who held an account, and only one Lebanese name was on their list of biggest account holders – Georges Frem, the industrialist and politician who died in 2006, was the account holder or beneficiary on two accounts holding more than $3 million.

While the data doesn’t imply – yet alone prove – any malfeasance on the part of the individual account holders, the investigation of HSBC’s practices has landed it in hot water with tax authorities around the world, leading CEO Stuart Gulliver to issue an apology  for the bank’s past behavior and assurances that the practices uncovered in the report do not reflect the current state of controls at HSBC.

As a part of the wider leak, a treasure trove of correspondence has been released, demonstrating that HSBC actively worked  with clients to avoid the taxman in their home countries.

In an exclusive report Reuters revealed that for more than a decade, Lebanon’s central bank charged commercial banks in the country commissions when they bought government securities without making clear that the bulk of those commissions went to a company controlled by the brother of Riad Salameh the central bank’s governor, according to documents seen by Reuters.

Four contracts between Banque du Liban (BDL) and a Lebanese commercial bank seen by Reuters, dated from 2004 to 2014, state that the bank entering into the contract agreed to pay 3/8 of 1% commission on purchases of government certificates of deposit worth millions of dollars. Such contracts were standard for commercial banks making such purchases at the time, two senior executives in the finance industry told Reuters.

The contracts seen by Reuters make no reference to Forry Associates, a company controlled by Raja Salameh, brother of central bank governor . That company ultimately received such commissions, Riad Salameh told Reuters in an interview in November. His brother, Raja Salameh, could not be reached for comment.

Forry’s “only job was to gather all these commissions and fees and redistribute according to the instructions,” Riad Salameh told Reuters, without specifying what these instructions were. Salameh said the commissions were transparent and approved by the board of the central bank, and that no one raised any complaints at the time.

Swiss authorities suspect the Salameh brothers may have illegally taken more than $300 million in this way from BDL between 2002 and 2015, laundering some of the money in Switzerland, according to a letter the Swiss attorney general sent to Lebanese officials last year, which was seen by Reuters.

The Swiss attorney general’s office told Reuters it is conducting a criminal investigation into suspicions of “aggravated money laundering related to alleged embezzlement offences to the detriment of BDL,” but declined to comment further for this story.

Salameh told Reuters that the commissions were paid into what he called a “clearing account” at the central bank, and then subsequently paid to Forry. He said he hired the audit firm BDO Semaan, Gholam & Co to look into the matter. The auditor’s report found that “no funds belonging to BDL went into this account,” Salameh told Reuters in November. He declined to show the report to Reuters. BDO Semaan declined comment.

Salameh still has the support of some of Lebanon’s most powerful politicians, including Parliament Speaker Nabih Berri and Prime Minister Najib Mikati.